8 celebrity couples who cook together and enjoy it!

Home /Healthy Eating/8 celebrity couples who cook together and enjoy it! 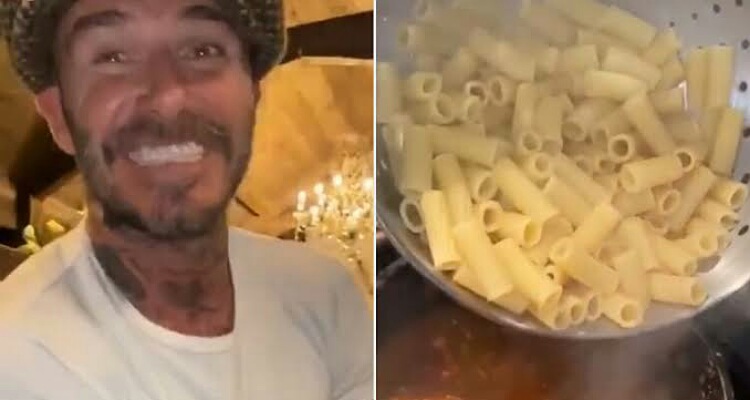 In many celebrity relationships, one finds that one person cooks while the other doesn’t, but just enjoys the food cooked by the first partner.

But fortunately, there are some celebrity couples who cook together and have meals together. It is fun for them.

Celebrity couples who cook together

In most relationships; common or celebrity, one often finds that only one of the pair does the cooking. While the other enjoys the cooked meals. There is a role set in these relationships.

And it happens irrespective whether one or both partners are working.

This is an imbalance. But fortunately, there still exist some celebrity and other couples who enjoy cooking their meals together. It has so much of advantages. Which are these celebrity couples who cook together?

The two share a son called Gene. During the lockdown post coronavirus pandemic, the couple quarantined together. And they cooked meals together. Chris is an award winning chef.

Amy had confessed her absence of culinary skills. In the program Amy Schumer learns to cook, the two were cooking their food dishes together. This was in May 2020. Amy said at the end of the cooking show:

“I didn’t really realize that I could make anything,”

“It was a roller-coaster. It was really fun and really rewarding.”

Canadian singer Justin Bieber and model Hailey Baldwin had a Facebook Watch series called The Biebers on watch. In their May 2020 episode, they had cooked a gluten free pasta together.

In the same month, they had another episode in which they made gluten-free triple chocolate chunk cookies together. Hailey was excited and said:

“We’re creating my favorite memories ever,”

Justin also enjoyed the time together, he said.

The TV host Adrienne Bailon and her husband Israel Houghton had baked chocolate chip cookies together. This they posted on their YouTube in June 2020. It had more than 100k likes.

“THIS CAKE TOOK US 6 HOURS!! We burnt 1 cake, 1 was filled too high & dripped everywhere & destroyed the oven,”

The two made beef ragu rigatoni and banana bread together in the month of March 2020. Victoria had the boring job of pressing garlic. David had accidentally cut his finger. Though all these incidents occurred, the outcome was excellent and fun.

The couple quarantined together during covid pandemic start and made a YouTube series called Quarantine Kitchen. They cooked delicious meals and snacks together.

7. John Legend and Chrissy Teigen: adorable couple who cook together

The singer and model both are good cooks. The two cooked in August 2018 along with a seasoned chef. Chrissy had uploaded about it on her Instagram with the caption:

David is a trained chef and Neil an actor. Neil assists David in the kitchen. In July 2015, the two cooked raspberry-topped dessert together and lots of fun too.

How to make Lemon Cookies at home? (Delicious, Chewy and Crisp)
How to make Peanut Butter at home? (Smooth, Creamy and Flavorful)