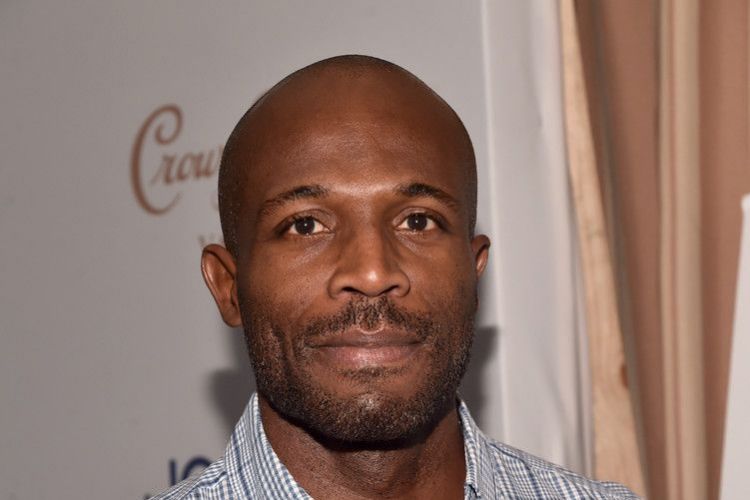 Billy Brown is a writer and television personality who was born in Fort Worth, Texas, on 3 December 1953. He is well-known as the star of the television program “Alaskan Bush People.”

Billy Joe and Kathryn Brown’s older son was born first. Billy Brown and his sister Kathy grew up in an affluent atmosphere thanks to their father’s privileged position as the President of a limousine company: “I was given new boats and automobiles for my birthdays.” I was the town’s luckiest kid, in all honesty. Money, clothes, expensive toys, and a loving family were all things I possessed.

But tragedy struck little Billy’s world on March 2, 1969, when his parents and sister perished in a crash involving a private plane.

Devastated by the catastrophe, Brown, then 16 years old, was coerced into signing documents emancipating him from his family, forfeiting his claim to their wealth. “The first month after the accident was like the world’s longest horrible dream,” Brown recounted.

After the tragedy, Billy spent the next months roaming around Texas and Nuevo Mexico in search of odd jobs to support himself. However, a 17-year-old woman named Brenda, whom he married on October 23, 1969, helped him cope with his suffering.

The couple moved to Texas and welcomed two daughters before deciding to end their marriage after five years. As her sister’s name is unknown, Twila is the only member of this relationship who is known to the general public.

Billy first met Ami Branson while performing plumbing services in her mother Earlene’s home. Branson’s family thought Billy was a “highly charismatic” person, so they were unaware that he was seeing Ami behind their backs until she was already in love with Brown, whom she married on June 16, 1979, after threatening to flee with him if her mother opposed the wedding.

In 1982, after three years of marriage, the couple had their first child, Mathew. One and a half years later, in August, they had their second child, Joshua “Bam Bam.”

Billy persuaded Ami to leave Texas and travel the country as a nomad after deciding that regular work wasn’t for him. They eventually settled in Alaska, where they purportedly established themselves in the ‘wild’ remote Mosman Island because they couldn’t afford to live anywhere else.

After nearly two years of being stuck, the family made their way back to Port Protection before continuing to Haines, where Billy built a home for his family that tragically burnt down by mistake. The Brown family was residing in Juneau in 2001 until they eventually relocated to Santa Clarita, California. They appeared to have established their existence outside in the bushes while there for a brief period before returning to Alaska.

The couple had a total of seven children, including Matt and Josh. Gabe, Noah, Snowbird, Rainy, and Solomon “Bear” are the names of the other five children. They were all reportedly taught at home.

Billy Brown called Ami “the [most] lovely young woman I had ever met” and referred to their connection as “love at first sight” in his autobiography.

Despite this, he is accused of lying and tricking the Brinson family into agreeing to let him marry Ami, who was only 15 and a high school student at the time: Regarding the 11-year age difference between the couple, Ami’s mother Earlene told Radar Online in 2017 that “he lied about his age.”

Brown also lied about his financial situation, claiming to be extremely wealthy and descended from a wealthy family. With the trappings of luxury, he enticed us.

Billy broke another of his promises to Ami’s family when he persuaded her to leave Texas behind and live as a nomad: “We thought that he would provide for Ami, that he would keep her in school, and that he would never keep her from seeing us.” Billy broke this promise when the young couple welcomed their second son Josh. And we never again saw her!

Earlene Branson hadn’t seen her daughter in nearly 40 years at the time of the interview with Radar Online. To make amends with her daughter, Earlene went to Alaska early in 2016 to meet Ami.

Earlene’s son Jes Branson stated that his mother’s one wish was to meet her daughter Ami before she passed away and that she was prepared to fly 7000 miles round-trip from Texas to Alaska to try and make that happen. The trip was widely reported on Facebook. However, Earlene’s efforts were in vain because Ami couldn’t meet her mother. After all, she was on vacation with the rest of the Brown family in Hawaii at the time of her trip.

The Branson matriarch passed away on November 9th, 2018, at the age of 85. Ami was undoubtedly upset by her mother’s passing, however, it was later revealed that she skipped the burial.

In addition to writing several children’s books, Brown also wrote a biography called “One Wave at a Time” in which he recounts his experiences throughout the US as a nomad and the struggles he and his family had as a result.

“Alaskan Bush People,” which debuted on Discovery in 2014, focused on Billy Brown’s family and their life spent living in the bushes. By referring to its stars as “a wonderful family off the beaten route and into the wild Alaskan wilderness,” the network advertised the program as “reality TV.” The show soon became the top unscripted cable program for male audiences from 18 to 49 years old, with an average of 4 Million viewers, thanks to the audience’s instant acceptance of the family and their way of life.

Even though “Alaskan Bush People” has been on television for ten seasons as of right now, it stopped attracting new viewers towards the conclusion of the fourth season when its performers were embroiled in several scandals.

What Led to the Sudden Decline in Alaskan Bush People’s Fan Base?

As the viewers questioned the authenticity of the show, the Brown family’s lifestyle, and their financial status, they received harsh criticism.

According to the Alaska Department of Revenue’s inquiry, Browns left the country for more than 180 days every year between 2009 and 2012. Because the family lied on their applications for Permanent Dividends, they were determined to have committed falsification and theft.

Many viewers turned their backs on the family after learning they didn’t genuinely live in the bushes as was implied in the show and spent the majority of the year living outside Alaska.

The family encountered additional criticism in 2018 after renting a $2,7 million property in Beverly Hill. Although Ami Brown’s treatment for lung cancer at the University of California Medical Center was the reason the family stayed in Los Angeles, fans questioned the Browns’ actual financial situation because the event ran counter to the family’s frugal lifestyle and precarious financial situation as it was represented in the show.

Net Worth Of Billy Brown

Based on his revenues from his published books and his appearances on Discovery’s “Alaskan Bush People,” Billy Brown’s estimated net worth as of 2020 is $500,000.

Billy is a Caucasian male who is unknown in terms of height and weight at this time. In his younger years, he had naturally brown hair and blue eyes.

He briefly engaged in commercial fishing in the Northern Pacific.

Billy allegedly prevented Ami from seeing her family again for a long time.

Twila Byars, Billy’s daughter from his previous marriage, supposedly didn’t see her father for 30 years as evidenced by an episode of “Alaskan Bush People” in which the father and daughter appear to get along well. Later on, it was revealed that the meeting had been staged and that the two had previously communicated.

Twila’s daughter, one of Billy’s granddaughters, was killed in a vehicle accident when she was 14 years old.

Ami married Billy while she was just a teenager, but because of Texas law, the union was entirely legal.