How to make Cornbread Stuffing at home? (With Poblano Peppers) 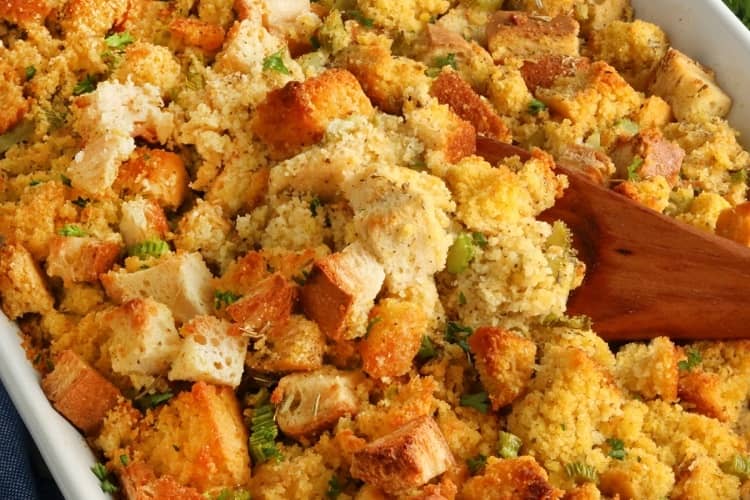 This recipe for sweet and savory homemade cornbread stuffing is spiced up with poblano peppers. Spice, not your thing? Not to worry. It still works quite fine without them.

What customs does your family have for Thanksgiving? We always have green beans, mashed potatoes, and sweet potatoes, in addition to the turkey, of course.

Oh, and Jello is usually available (but it’s “dinner Jello,” not Jello for dessert). But the stuffing is my favorite component.

Although I love the classic varieties baked with crusty bread, this year I’m switching things up by serving our Thanksgiving guests this mildly spicy poblano cornbread stuffing.

What’s in This Recipe for Cornbread Stuffing?

With a few additives for a spicy touch, this homemade cornbread stuffing is a delectable combination of traditional stuffing ingredients:

This recipe has been thoroughly tested by me. These three steps, in my opinion, are the key to making the best cornbread dressing:

I adore this dish exactly as described; it’s hot, flavorful, and even a touch sweet. However, feel free to modify it. Here are a few ideas:

This Thanksgiving staple has been given a spiced-up makeover with this gluten-free cornbread stuffing recipe. It’s a delightful addition to your Christmas table because it’s soft and moist.

Penelope Cruz and her diet and exercise secrets!
How to make Tagliatelle with tomatoes and greens? (Healthy and Gluten-free)