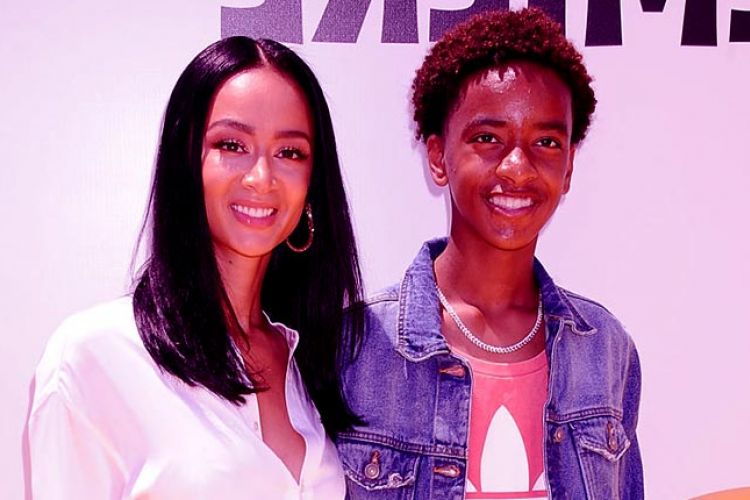 The well-known actress and media personality Draya Michele’s son are Kniko Howard. His mother is well-known for her work in acting, modeling, and fashion. While Kniko’s mother appears to be well-known, his biological father has been the subject of numerous controversies.

Kniko Howard recently made headlines when his mother posted a picture of his first day of college. His mother made sure to record the special moment and posted an image with a sentimental caption on social media.

Despite Kniko’s mother’s fame and success, she has been able to keep information about him and his brother private. Here is all the information you require about the young college freshman.

The mother of Kniko Howard became pregnant at age 17

Kniko’s mother revealed that she was only 17 when Kniko was born. Kniko Howard’s mother hasn’t yet disclosed the precise date of his birth, but there are rumors that he was born in 2002 or 2003. Most of his formative years were spent in Pennsylvania with his mother. Draya disclosed that she had to work a few dead-end jobs as a single mother to raise him.

From his mother’s previous union with NFL cornerback Orlando Scandrick, her ex-fiance, Howard has a younger half-brother. Jru Scandrick, his half-brother, was born in 2016.

The father of Howard is the subject of rumors. At first, his mother was reluctant to discuss the matter openly. Gilbert Arenas, a former professional basketball player, was the first name that was mentioned. People have suggested that the former player is the father of Howard, but the player claims that his teammate Deshawn Stevenson introduced him to Draya in 2008, which is when they first met.

Even more online tabloids claimed that Gilbert had paid the sum of $20,000 to prevent the news from reaching the public. Later, he addressed the accusation and pressed prominent tabloids like TMZ and Baller Alert to back up their claims. If they could back up their claim, he even promised to donate $1 million.

However, Draya decided to set the record straight after so many years of back and forth. She explained that her son’s father was serving a 10-year sentence when she was seven months pregnant. Draya revealed that her mother’s assistance allowed her to survive.

She also mentioned that she had to work at the club for several years for Gilbert to be the father of her son and for her to be eligible for child support. Howard was given the same name as his father, Kniko Howard Sr., according to Draya. She added that her baby’s father was a barber in Pennsylvania.

His Mother Has Ties to a lot of Well-known Figures.

In addition to Orlando, Draya is said to have dated Game, Chris Brown, Javaris Crittenton, and Deshawn Stevenson. French Montana, Ray J, Bernard Berrian, Gilbert Arenas, Jay-Z, and a few other celebrities have all interacted with her.

Tyrod Taylor, the quarterback for the American football team, and Draya are reportedly dating right now. The two have occasionally been seen attending events together.

Kniko Howard’s Mother has Received Numerous Accusations of Being a Bad Parent.

Years ago, Draya Michele faced harsh criticism for having a bad parenting style. This happened after she published a photo in 2017 explaining that she didn’t sign her son’s homework, which cost him points.

In response to the post, her supporters attacked her as an unreliable mother. When Draya was detained in 2010 on suspicion of endangering others, the news was also made. The model allegedly left her son unattended at her unprotected Wyomissing home while she was at work in Philadelphia. On December 16, 2010, Howard reportedly called 911 and said he was at home alone.

District Judge Ann L. Young presided over the proceeding. Later, bail was granted for the model with a $25,000 bond.

The mother of Kniko Howard Has Had Success in a Variety of Fields.

As the girlfriend of the American singer, songwriter, actor, and record producer Chris Brown, Howard’s mother first gained notoriety. Later, in 2011, she was a member of the cast of the VH1 television show Basketball Wives LA.

Later on, Draya switched from reality TV to acting. Her first scripted role was in TV One’s Will to Love (2015). Draya appeared in the 2016 movie The Perfect Match as a supporting character (2016). She has appeared in the following movies as well:

She runs a few fashion lines in addition to acting. Her lifestyle clothing line fine-ass girls and her swimwear line Mint Swim were both introduced in 2011 and 2013, respectively. In November 2016, Draya introduced a new clothing line called Beige & Coco.

How Much Is Kniko Howard’s Net Worth?

The model’s son reportedly attends college and hasn’t started a career of his own yet. As a result, he does not yet have a net worth. However, as of December 2021, his mother’s estimated net worth was $600,000.

The actress of “All In” receives money from her clothing line. She has also worked as a model for several accessory companies, and the shows she has appeared on have paid her.

The complete profile of Kniko Howard