Tesla plans for a 24 hour diner and more in Hollywood!

Home /Healthy Eating/Tesla plans for a 24 hour diner and more in Hollywood! 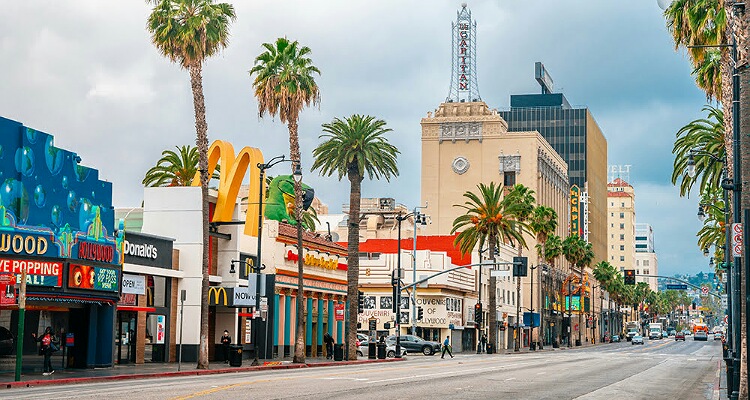 Food lovers! Here’s some great news for you all. Elon Musk’s Tesla plans a 24/7 restaurant in Hollywood.

It will have a drive-in theater too with charging points. What more does one want?

Tesla and the upcoming 24 hours restaurant

Four years back, Tesla CEO, Elon Musk mentioned his desire to start a 24 hours restaurant. It looks like things are materializing now on that front.

He has put in his papers for a license for this restaurant in the City of Los Angeles on 19 May 2022. The venue is Hollywood.

Bloomberg Pursuits adds that this restaurant would be a two-story diner with two 45 feet tall LED movie screens. The theater would be of the drive-in type. There would be 28 supercharging points for EVs.

After his 2018 tweet about wanting to build a restaurant, there are now paper plans ready already. On 7 January 2018, Elon put up a tweet that read:

“Gonna put an old school drive-in, roller skates & rock restaurant at one of the new Tesla Supercharger locations in LA.”

More details on the restaurant plan

The exact location of the address would be the famous Santa Monica Boulevard. The total area of this dining place would be 9300 square feet. The shops around include Shakey’s Pizza, Trejos Coffee & Donuts, and McDonald’s.

The upcoming restaurant would have in total 218 seats. These would be indoors as well outside in the open air.

Most of this outdoor seating arrangement would be on the second floor of the building which would house everything.

On the second floor would also be the movie theater with a snack bar. The huge LED movie screens would be on the north and west end of the parking space.

Additionally, the place will have 28 points for charging EVs. One can order food from the comfort of your car and the restaurant will deliver it to you there.

Though the diner will be open 24 hours a day, the movie theaters will function only from 7 am to 11 pm. For 8 hours, it will close. You can use Dogecoin also as the mode of payment for all the services you take at this place.

The new diner of Tesla will also give attention to the aesthetics of the venue.

There will be the T LOGO on it. Elon has patented this logo last year for his upcoming chain of restaurants. This place will have a similar look to Tesla’s futuristic gigafactories.

Read here Jif recalls its peanut butter batch manufactured in Kentucky due to a salmonella outbreak linked to it!

Elon is 50 now and has a net worth of USD 21810 crores. He was born in Pretoria South Africa. Elon is a business tycoon with several diverse projects under him.

He founded SpaceX and is its chief engineer and CEO. His father, Errol Musk was also a wealthy electromechanical engineer. He had once said:

“We had so much money at times we couldn’t even close our safe.”

Elon himself is a BA in physics and a BS in Economics. He joined the internet boom and launched an Internet startup. Elon is also the angel investor and CEO of Tesla. He is also the product architect at this company.

He founded The Boring Company. It is a company that constructs tunnels. He is a co-founder at two companies: Neuralink which deals in implantable brain-machine interfaces and OpenAI, which is an artificial intelligence research laboratory.

How Much Lime Juice Does One Lime Contain?
How to make Meatloaf in a Slow Cooker? (Classic Taste)