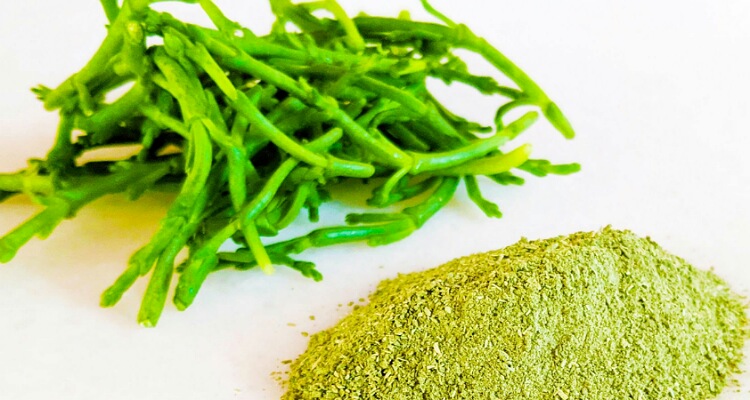 Green salt is a new thing in the market. What is it? Is it healthier version of the salt that we were looking out for? Does consuming it cause any adverse effects? Are there any words of caution around it? Read on to get all the answers.

Green salt is a plant-based salt from Baja California, Mexico. It has green color and contains less sodium than the table salt. The salt is made from the plant Salicornia. This is a succulent, halophytic (meaning salt-tolerant), flowering plant that grows in marshes and mangroves and beaches. Its family is Amaranthaceae. These species are found in North America, Southern Africa, Central Asia as well as Europe. The plant has other names such as pickleweed or glasswort. Also called sea beans or sea asparagus, it is a natural wild growth.

People from Europe and Asia have been eating it since many centuries. It is consumed fresh raw, cooked or pickled. It is supposed to be nutritious with a salty taste and crunchy texture. The green salt is obtained by dehydrating or drying the plant and grinding it. The salt has a umami taste.

Baja California states that the salt can be used in place of the regular salt in cooking, baking, as well as sprinkling. But the amount required to produce the same amount of saltiness in a dish would be double of what one uses of table salt. Rick Mindermann, director of Corti Brothers store advises to use it only as a finishing salt. He says so because the salt imparts it green color to the dish and this might not be ok with all food dishes.

Also, in certain dishes, this salt does not dissolve completely. Rick recommends sprinkling it on top of cooked rice or on seafoods.

But how healthy and safe is this salt?

The amount of sodium in this salt is half of that in table salt. Kosher and sea salts have 40% by weight of sodium in them. Whereas, this salt has only 20% by weight sodium in it. Hence, it might be useful for people with high blood pressure and heart diseases where doctors have advised switching to a low-sodium food regime. Thus, this salt is healthy but it might give the dish the same salty dish. This might be a problem if a person prefers a more salty food.

Read more: Salt and sugar tax in England: Will the government accept this proposal?

The Noriega family from Mexico that produces the Green salt state that their plant cultivation is 100% organic. They grow the plant Salicornia on a land that is used solely for it. No other plants are grown on that land except Salicornia. Moreover, the plant cultivators use only seawater to irrigate the plantation. They avoid using fresh water for it. Besides this, they use solar power to dehydrate the harvested crop. After the salt is produced, they pack it in recyclable bags or in biodegradable bags. Therefore, according to the growers of this plant, their plant is 100% sustainable. It is good for the environment as well as for those who consume it. 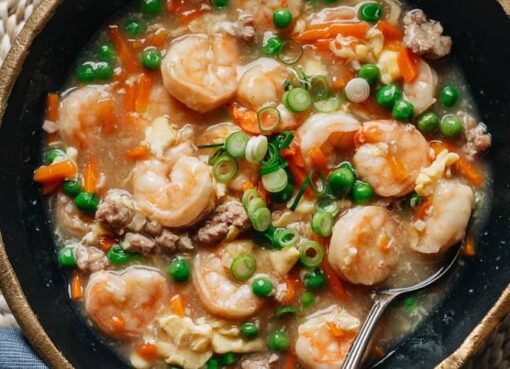 This lobster sauce recipe with shrimp is a simple at-home variation of a famous restaurant meal. The sauce is rich, aromatic, and properly coats the tender-cooked shrimp (despite the fact that it cont
Read More 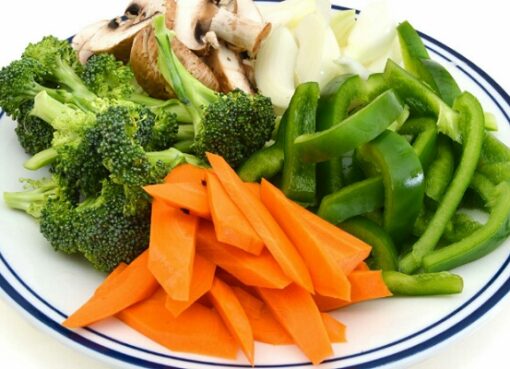 Stomach aches: which foods can notoriously cause them?

Foods contain macronutrients and micronutrients that are essential for our health and well-being. They help the body and mind. But increasingly with use of processed foods, cases of allergies, insensi
Read More 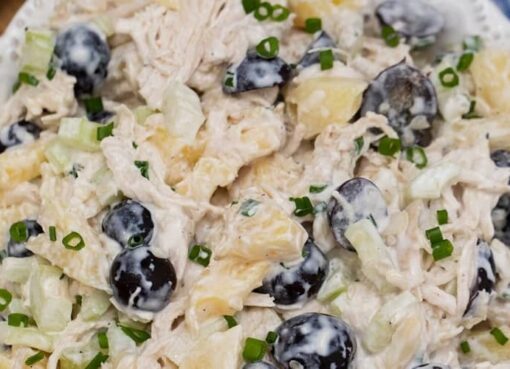 How to make Pineapple Chicken Salad with grapes?

A delicious variation of the traditional chicken salad is chicken with grapes, which makes for the ideal quick supper. It has a lot of texture and color and is tasty. You can use rotisserie chicken o
Read More