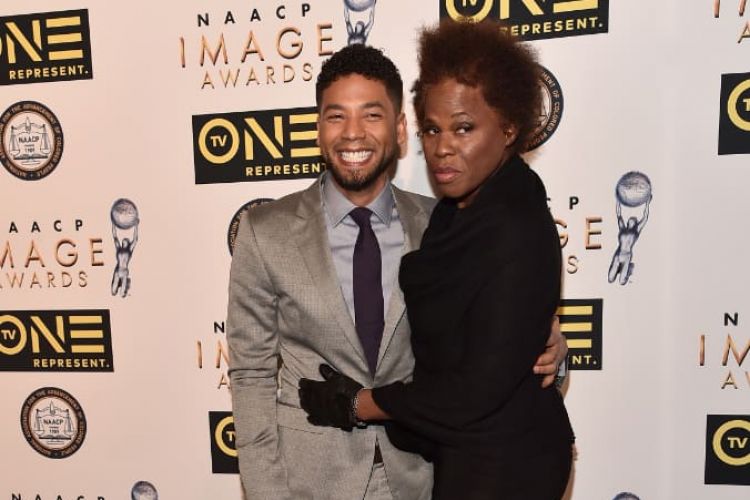 Janet Smollett is an actor’s mother who came to public attention after her son, “Empire” breakout star Jussie Smollett, fabricated a phony hate crime assault against himself and filed a fraudulent police report.

Janet Faye Harris, of African-American descent, was born on November 27, 1952, in New Orleans, Louisiana, USA. There is no information available about her family or childhood, except that she was an active member of the US Civil Rights movement when she was young, with Bobby Seale and Huey Newton, the founders of the Black Panther Party. Julian Bond, a civil rights activist, is claimed to have been one of her early mentors. Janet Smollett educational background has not been divulged, however, she is said to be a teacher.

Janet is from New Orleans, and Joel Smollett is from New York. They met while campaigning for racial rights in the Bay Area. Joel, who was born on October 8, 1956, is Jewish and the son of Russian and Polish immigrants. They have six children: Jojo, Jazz, Jussie, Jurnie, Jake, and Jacqui. The family had a nomadic existence, moving thirteen times from coast to coast throughout the United States; however, it was not known why or for how long they did so, likely because they supported the civil rights struggle. Janet had a routine of turning boards of hardwood into a long table that took three days to complete wherever they ended up living.

This was where mom served her children home-cooked meals and where they celebrated holidays and other milestones. Another tradition is that the children perform at birthday and Mother’s Day gatherings. Singing, dance competitions, and poetry readings were the norm. Apart from making joyful memories as a family, all of these occasions helped the children become closer.

She made certain that the children participated in sports, read Langston Hughes poetry, and were familiar with individuals such as Malcolm X. She encouraged her children not to initiate fights because they would get in trouble if they did. However, if they are singled out, they must defend themselves. When they were younger, if they got into a fight to defend themselves, a sibling, or a friend, their mother would give them a toy.

She instilled in them a strong sense of justice, encouraging them to speak up and fight for what was right and what they believed in.

Joel was not present when the children were growing up for unknown reasons. According to other sources, he left the family and later returned, but remained in touch. Nobody knows for certain why and how it happened. However, the absence of the children does not imply enmity on their side, since they were loud in expressing their love for their father. Joel died of cancer on January 7, 2015, at the age of 58. Jussie uploaded a photo on Instagram of his father carrying him while he was still very little, saying, ‘…my family lost our king, but we received a holy angel; showed us the deepest strength and dignity till your very last breath.’

You are more than a fighter… ‘You are CHAMP.’ Jurnee, the youngest daughter, also expressed her feelings about her father on Instagram, writing, ‘Love You, Dad.’ Continue to soar above the clouds. Until we meet again… ‘I adore your little girl.’

There appeared to be no sibling rivalry among the six youngsters, who had all been acting since they were small. They were all cast in 1994 for the ABC sitcom “On Our Own,” with the eldest being 17 at the time and the youngest being only one year old; the show only lasted one season. They all went on to seek careers in acting, singing, producing, and other fields. After two decades apart, the Smollett siblings were reunited in 2016 for the Food Network’s cooking show “Smollett Eats.”

They exchanged family recipes while cooking and baking for a kids’ birthday party or a midnight BBQ with friends.

Who Exactly Is Jussie Smollett?

Jussie Smollett, Janet, and Joel’s middle child were born on June 21, 1982. When he was younger, he appeared in films such as “The Mighty Ducks” (1992) and “North” (1994), but he rose to prominence in 2015 when he was cast as Jamal Lyon in the hit Fox TV series “Empire,” for which he co-wrote two songs on the Original Soundtrack from Season 1. That same year, he got a recording contract with Columbia Records and released his debut album, “Sum of My Music,” on his label in March 2018. Surprisingly, he came out as gay in an interview with Ellen DeGeneres not long after his character on the TV show did.

Jussie Smollett was the victim of a staged racist and homophobic attack.

On January 29, 2019, Jussie went to the Chicago Police Department and stated that he had been the victim of a hate crime and had been assaulted. He claimed that when he walked home around 2 a.m. in downtown Chicago’s wealthy Streeterville district, two masked individuals physically assaulted him, beating him up, pouring an unknown liquid on him, and even tying a noose around his neck. They also yelled homophobic and racial obscenities at him and chanted, ‘This is MAGA country,’ referring to President Donald Trump’s campaign slogan, ‘Make America Great Again.’

Following an investigation, the Chicago Police Department determined that the attack was possibly manufactured, as the masked males turned out to be Nigerian brothers who had previously acted as extras in “Empire” and claimed that Mr. Smollett paid them $3,500 to hit him.

Abel and Ola Osundairo, brothers born in the United States, were struggling financially and declared bankruptcy in September 2016. Jussie approached Abel and asked him and his brother to assist him in staging the attack. They claimed that Jussie coordinated everything, giving orders on what to do and say, as well as where the assault should take place so that it could be captured on tape. They were not charged after being held and questioned by police and are now cooperating witnesses in this case.

According to the police, Jussie wanted to create a commotion because he was unhappy with his compensation as an actor on “Empire,” which was reportedly between $65,000 and $100,000 per episode; however, Jussie had not previously raised concerns about his salary, according to Fox.

Jussie was also angry with how his studio handled the death threat he got on January 22, according to Abel. The letter began, ‘Smollett Jussie, you will die black,’ and was laced with a powder that turned out to be crushed ibuprofen, which was given over to the FBI. According to the police, Jussie sent this letter to himself to gain attention.

Jussie Smollett’s lawyers claim he is innocent, but the Chicago Police Department provided a thorough report on how Jussie orchestrated the incident. The Cook County State Attorney’s Office charged him with 16 counts of felony disorderly conduct in February 2019 for making a fake police report, but the charges were withdrawn in March, and his record has been cleared, according to his lawyers. He gave up his $10,000 bond payment and agreed to do community service.

The Chicago Police Department and the city’s mayor both stand by their case against Smollett. When Jussie refused to pay $130,000 to reimburse the cost of labor used in the investigation, the police sued him for three times that amount. In October, a special prosecutor was appointed to investigate why the charges were dropped.

Following the original announcement of the incident, there was an outpouring of sympathy from many people, including his “Empire” co-stars, celebrities Steve Harvey and Viola Davis, politicians such as Senator Kamala Harris, and fans. People were divided over what to believe after the results of the police investigations were made public. Most of the sympathy and support for Jussie changed to disappointment and resentment; Jussie’s family has remained by his side and fully supports him. The producers of “Empire” reportedly stated that Smollett’s character would be deleted from the season’s last two episodes.

Janet’s images were frequently uploaded on her children’s Instagram accounts, and she appeared to be in good shape and dressed as stylishly as her daughters. She has brown eyes and brown hair. She stands 5ft 6in (1.6m) tall and weighs approximately 112lbs (51kgs). Her vital statistics have not been revealed.

Salary And Net Worth

There is no information regarding her business or her job, though there have been rumors that she is a teacher. It was not stated how much she received from the cookbook with her recipes that was written and distributed in 2018, although sources estimated her net worth to be approximately $250,000 as of early 2020.