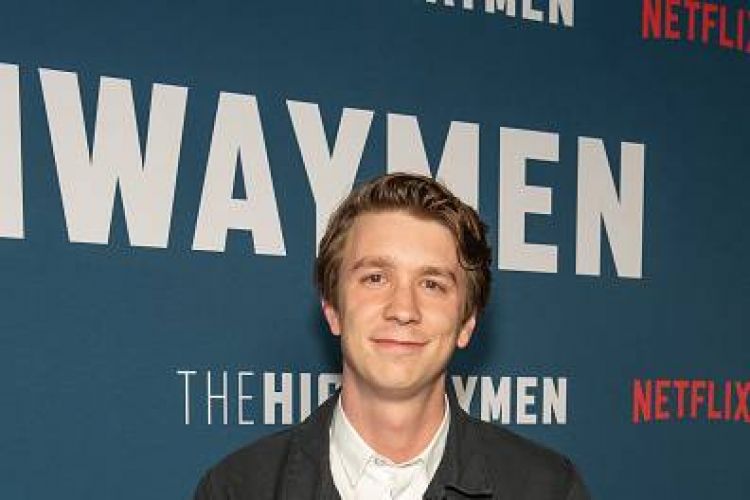 Thomas Randall Mann, Jr., an American citizen with the zodiac sign Libra, was born in Portland, Oregon, on September 27, 1991. He is an actor best known for playing Thomas Kub in the comedy film “Project X,” in which he co-starred with Jonathan Daniel Brown and Oliver Cooper. The movie, “Project X,” which was nominated for five awards, was written by Matt Drake and Michael Bacall and directed by Nima Nourizadeh. It tells the story of three high school students who decide to throw a party to gain attention. However, after word of the party spreads, things quickly spiral out of control.

Thomas’ mother is a nurse, and he doesn’t have any siblings. Thomas Mann spent the first two years of his life in Portland, but his family then relocated to Dallas, Texas, after his father got a job there as a construction project manager.

When he was five years old and began taking lessons, he had a passion for playing ice hockey. He started playing for the school team as soon as he enrolled in a Dallas high school. After graduating from high school in 2009, Thomas focused on becoming a well-known actor rather than getting a college degree because he was also gradually developing an interest in acting and participating in school plays.

Thomas has only been listed as having been in four TV shows. He made his debut in 2009 when he played Jeffery Flanken in the episode of the adolescent sitcom “iCarly” called “iGive Away a Car,” which was directed by Dan Schneider and featured Miranda Cosgrove, Jerry Trainor, and Jennette McCurdy. The plot centers on Carly, who hosts her web series called “iCarly,” which among other things includes comedic sketches, talent competitions, and interviews. The series was a major success, garnering 13 accolades and being nominated for 61 more, including seven Primetime Emmys. The Middle, a sitcom about a middle-class family raising their children in Indiana, featured Thomas as Brendan Nichols in the episode “The Floating Anniversary” that same year.

Thomas’ most recent appearance on television was in the episode “World War II” of the educational comedy series “Drunk History” in 2018. Before that, he appeared as Thaddeus Mobley in the episode “The Law of Non-Contradiction” of the black comedy criminal anthology series “Fargo.”

As Aaron Fitzcarraldo in the critically praised comedy film “It’s Kind of a Funny Story,” written and produced by Anna Boden and Ryan Fleck and starring Keir Gilchrist, Zach Galifianakis, and Emma Roberts, Thomas made his cinematic debut in 2010. The movie, which was nominated for two prizes, is about a despondent kid who enters an adult psychiatric facility and is given the chance to start over.

Thomas appeared in the Max Werner-written teen comedy “Fun Size” in 2012 as Roosevelt, but it wasn’t until Tommy Wirkola’s critically acclaimed horror film “Hansel and Gretel: Witch Hunters,” in which Jeremy Renner, Gemma Arterton, and Peter Stormare as Ben Wasser, that Thomas became well-known. The movie won three prizes and was nominated for four more. It is about two bounty hunters named Hansel and Gretel who have spent years pursuing witches all across the world. Thomas also appeared as Wesley “Link” Lincoln in the romantic fantasy film “Beautiful Creatures” and as Kenny Crauder in the comedy “As Cool as I Am” in 2013.

He played Rainer Ybarra in the comedy “Welcome to Me” the year after, which also starred Kristen Wiig.

Thomas was nominated for two 17th Teen Choice Awards for Choice Movie: Breakout Star and Choice Movie: Chemistry as well as for a 21st Empire Award for Best Male Newcomer for his role as Greg Gaines in the comedy film “Me and Earl and the Dying Girl” in 2015. The film also starred Olivia Cooke and RJ Cyler. He received a 23rd Hamptons International Film Festival Award for Breakthrough Performer the same year for his role as Tobias Hammel, the main character in the American-French mystery drama “The Preppie Connection.”

His other prominent appearances in the same year were in the drama “Memoria,” the action comedy “Barely Lethal,” and the docudrama thriller “The Stanford Prison Experiment.”

Thomas starred in the biographical drama “Brain on Fire” with Chloe Grace Moretz and Jenny Slate in 2016, while the critically acclaimed monster blockbuster “Kong: Skull Island” with Tom Hiddleston, Samuel L. Jackson, and Brie Larson, among others, featured Thomas the following year.

In 2017, Thomas appeared in his first British film, “Lean on Pete,” however his cameo was ultimately cut. He appeared in the drama “The Land of Steady Habits” and the horror film “Our House” in 2018.

He played August “Augie” Slaughter in the thriller “Them That Follow,” Kevin Costner co-starred with him as Ted Hinton in the historical crime drama “The Highwaymen,” and he played Jim Dear in the musical romance “Lady and the Tramp.” All three of these films were released in 2019.

Thomas has been keeping information about his love life out of the public eye, however, it is known that in 2014 he was seeing Sophie Turner, a prominent British actress best known for playing Sansa Stark in the epic fantasy series “Game of Thrones.” The two allegedly met at a party and began dating around a month later. They were frequently spotted holding hands while strolling through Los Angeles’ streets, but they split up after three months for unspecified reasons.

On September 15, 2020, it was reported that Thomas Mann and his current non-celebrity girlfriend were seen together while shopping for an engagement ring. When asked by numerous publications whether or not he is engaged to be married to the woman, Thomas has only said, “No comment.”

Thomas hasn’t been married, hasn’t given birth, is in a relationship, and may perhaps be engaged as of September 2020.

The Thomas Mann House in Pacific Palisades, Los Angeles, California, is frequently misidentified as the home of the actor Thomas, but it is the residence of the late German novelist and short story writer Paul Thomas Mann, winner of the Nobel Prize, who lived there while in exile from Germany from 1942 to 1952.

The German federal government purchased the home in 2016, and it was made available for discussion and cross-Atlantic communication on June 18, 2018.

Thomas is highly fashionable and enjoys keeping up with current trends. He shops for clothes at least once a week, although he does not consider himself a compulsive shopper.

He enjoys exercising outdoors by jogging and hiking up mountains, and he attends two to three training sessions at the gym each week. He is fairly athletic.

He is an animal lover and has a dog as a pet, who occasionally appears in photos posted to his fan-made Instagram account.

Thomas enjoys traveling, and his acting profession has led him to numerous locations in the US and throughout Europe. His ideal vacation spot is Paris, France.

Heath Ledger, Robert Downey Jr., and Emma Watson are a few of Thomas’ favorite actors and actresses, and “The Dark Knight,” “Ironman,” and the Harry Potter series are some of his favorite films.

Thomas Mann’s net worth has been calculated to be more than $1 million as of September 2020. 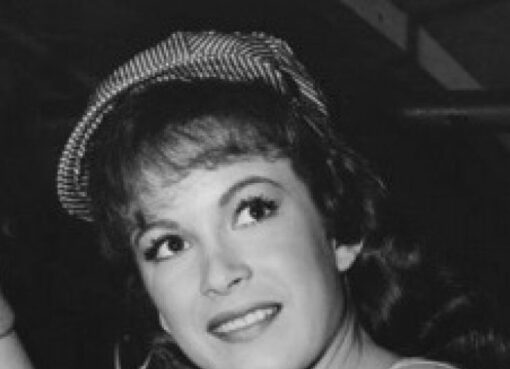 Who is Linda Kaye Henning? Net Worth, Partner, Biography

American actress, dancer, and singer Linda Kaye Henning was born in Los Angeles, California, on September 16, 1944. Perhaps her most well-known role is that of Betty Jo in the sitcom "Petticoat Juncti
Read More 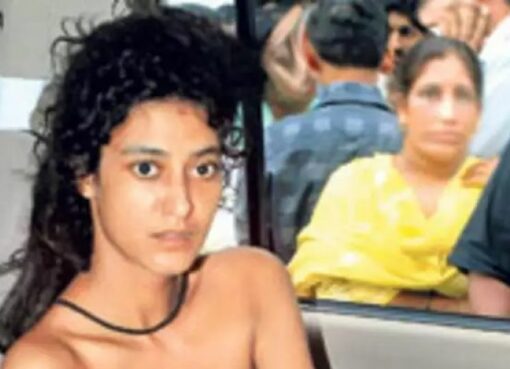 Who is Geetanjali Nagpal? Net Worth, Partner, Biography

A well-known Indian supermodel and fashion designer from the 1990s is Geetanjali Nagpal (born in 1989; age: 32). Her addiction to drink and drugs ultimately destroyed her life and career. Geetanjali
Read More 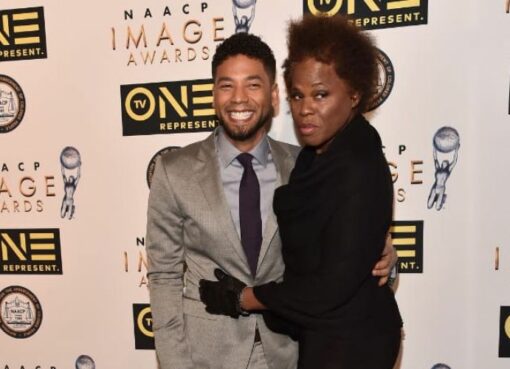 Janet Smollett is an actor's mother who came to public attention after her son, "Empire" breakout star Jussie Smollett, fabricated a phony hate crime assault against himself and filed a fraudulent pol
Read More