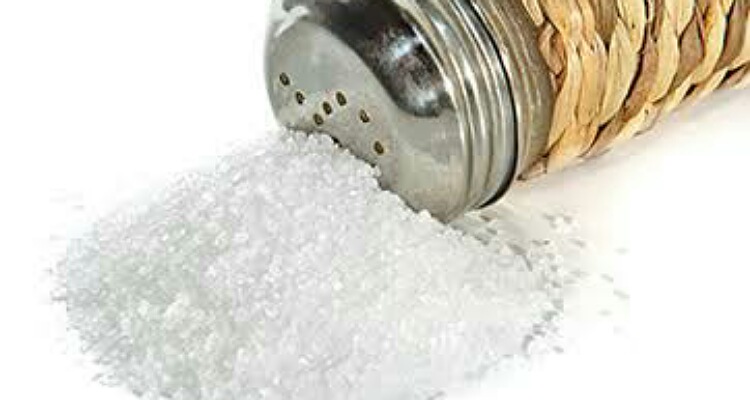 Recommended sodium intake for an adult should be no more than 2300 mg which is around 1 teaspoon of table salt.

But USA citizens consume daily around 3000 to 3500 mg of sodium. And 70% of this comes from processed and packaged foods. What are the possible sodium reduction strategies?

A new study and survey of the University of Illinois

The Department of Food Science and Human Nutrition (FSHN), University of Illinois (U of I) College of Agricultural, Consumer and Environmental Sciences along with the non-profit organization, Institute for the Advancement of Food and Nutrition Sciences (IAFNS) did a survey using the ILSI North America Sodium Committee grant.

They found that sodium is an essential micronutrient but in the American diets, it is over-consumed. Co-author, Soo-Yeun Lee states:

“Sodium overconsumption is a huge health concern, and the FDA has recommended sodium reduction in food since the 1980s, but we haven’t succeeded yet. While the unit volume of salt in the food supply has not increased, the amount of sodium consumption has gone up, because we just consume a lot of food,”​

Are consumers ready to reduce their daily sodium intake?

A recent survey of MSG supplier Ajinomoto showed that 64% of the 7090 respondents know that excessive sodium is bad for their body but only 37% pay attention to it and make attempts to cut it down in their food.

83% felt that sodium makes food tasty and they prioritized taste over health. 55% believed that low-sodium food is tasteless. Soo-Yeun in their paper has suggested five sodium reduction strategies. He says:

“We’re hoping this work will provide insight into the wide variety of salt-reducing technologies that exist. This can help food companies be more informed to use different strategies than what they have been doing,”

The five sodium-reducing strategies are:

Salt reduction- decrease in the salt content of the food and minimize the consumption of processed and packaged industrial foods.

flavor modification-This involves the use of umami substances or bitter blockers.

“You can also create an uneven distribution of the salt in a product that can further help enhance the perceived saltiness of the food product through taste contrast,​” , and

But the best strategy of all would be to reduce the intake of processed high-salt foods. And instead do home cooking and control the salt in it. Soo-Yeun states:

“If you’re cooking at home, you can intentionally reduce salt, and you’ll appreciate the reduced saltiness perception as time goes on. People can adjust to the reduced salt level, but it’s a learning and adapting process. You can also add flavor enhancers such as herbs and spices,”​