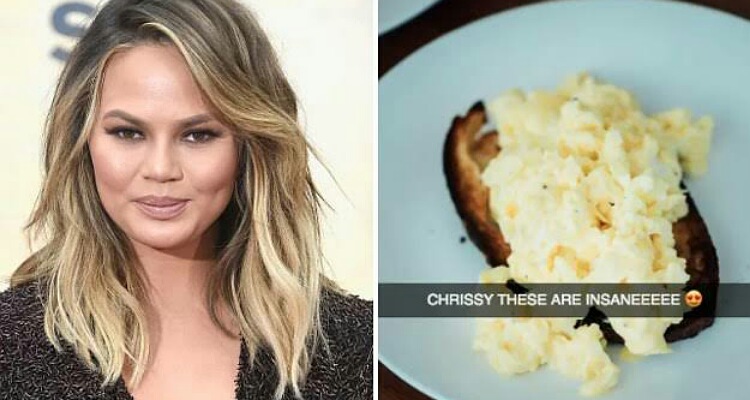 Breakfast is the first and most important meal of the day. But we often ignore it or skip it.

One might get inspired after knowing the breakfast habits and foods of their favorite Hollywood celebrities.

Breakfast habits and foods of some Hollywood celebrities

Breakfast is the prime meal of the day. It should be healthy. It starts your day and skipping breakfast is unhealthy.

Breakfast should have enough nutrients and calories for energy and work of the day. Most of the time, one either skips this important meal or does not think much on its contents.

But, might be, by knowing the breakfast habits and foods of your favorite Hollywood celebrities, one might get inspired and motivated to have healthy breakfast daily.

American singer Beyonce has in the morning for her breakfast scrambled eggs whites with a vegetable smoothie or whole grain cereal serving with low fat milk. In 2013, she told Shape magazine the same things:

“I always have breakfast—say, scrambled egg whites, a vegetable smoothie, or whole-grain cereal with low-fat milk,”

2. Zac Efron and his breakfast habits and foods

American actor Zac Efron has a great physique. He prefers to limit the sugars and carbs in his meals including breakfast. Therefore, in breakfast, it is usually veggies and eggs.

His personal trainer, Patrick Murphy had revealed that he consumes at breakfast whole goods, lean meat, veggies, nuts, and seeds.

But he has cheat days when he takes pancakes for his breakfast. Zac also takes protein packed meals.

American TV host, Oprah Winfrey is very famous. And her ideal breakfast includes avocado toast with sliced turkey. On her Instagram, she had once revealed:

“This is a boiled egg with crispy kale on a bed in some quinoa and tomato sauce. I wanted a boiled egg and I got shakshuka—okay! Here’s to shakshuka.”

Australian star, Chris Hemsworth prepared for his role in Thor. At that time, for his breakfast, he used to take four eggs omelette and some oats.

When he trains for a role, he also goes for whole eggs omelette (3), capsicum, mushrooms, bacon two pieces, toast one piece, with a coffee cup.

This supermodel and wife of John Legend, Chrissy Teigen prefers to always have eggs at breakfast. The eggs are either as omelette or hard boiled or over easy.

American singer, Taylor Swift usually has an egg dish along with a glass of orange juice at breakfast. And once she told Bon Appetit:

“I love making buckwheat crepes with ham, Parmesan cheese, and a fried egg on top,”

Actress Jennifer loves pizza and is a foodie. She has never officially shared about her breakfast menu. Her personal trainer has stressed on her to eat balanced and in moderation and not restrict any food item.

Jennifer also enjoys outside breakfast sometimes with her husband, Cooke Maroney. The two wed in 2019.

How to make Refreshing and Delicious Greek Salad? (Healthier Option)
Make Cashew Milk at Home (Creamiest and Most Refreshing)