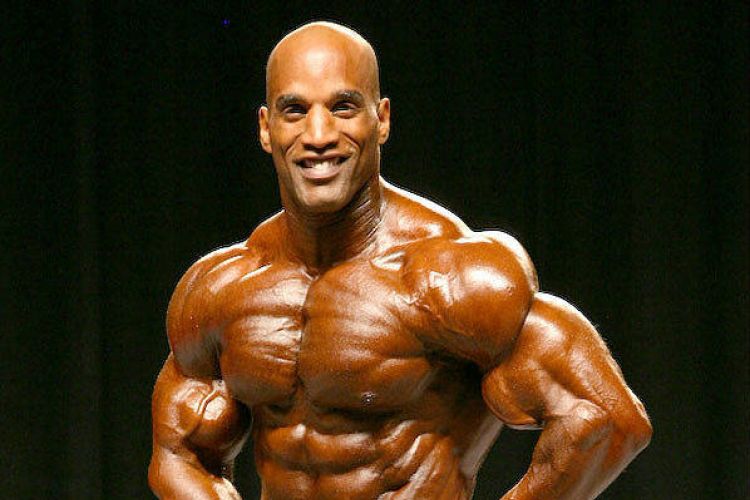 Trinidadian bodybuilder Darrem Charles competes professionally in the IFBB. He has 9 Mr. Olympia appearances under his belt, and 14 professional show victories.

Darrem Charles had a lifelong passion for sports as a child, participating in neighborhood workouts and strength training sessions with his pals. He started considering participating and showcasing his development on stage when he noticed physical changes in his body.

Before starting to appear on US shows, he first competed in Trinidad where he won. He would become the greatest bodybuilder to emerge from Trinidad over the following two decades. He won numerous prestigious events, including the New York Pro Championships, and finished in the top 10 at various Mr. Olympia competitions.

Darrem made a comeback to the competitive scene at age 46, taking first place in several additional prestigious contests for competitors with classic physiques. His tale is as follows: 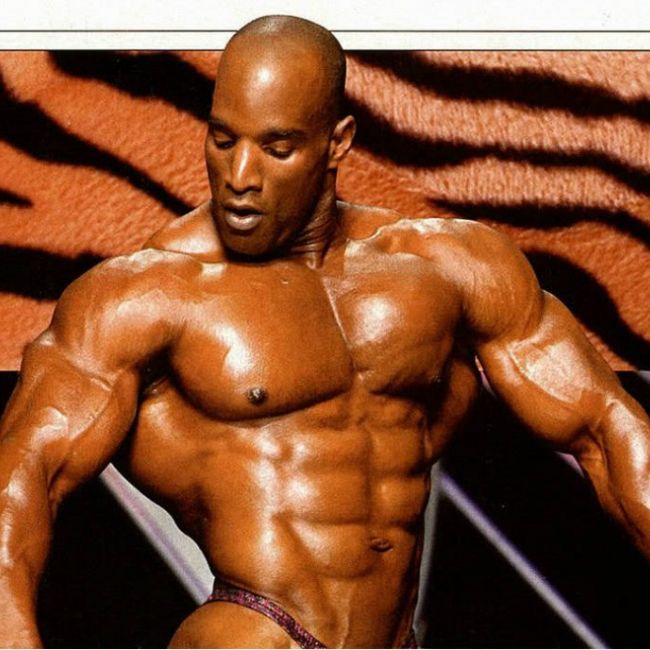 I’m looking forward to this performance, and once I take the stage, you’ll understand why I have such high levels of confidence.

Trinidad’s Arouca is where Darrem Charles was born. He developed a passion for strength training as a young teen because he was always so focused on playing sports.

He saw physical changes as a result of the workouts he continued to do with his pals, and this encouraged him to continue playing the sport. To grasp the fundamentals in these early phases, he purchased and read several books on bodybuilding techniques and nutrition.

Darren began his journey successfully after taking this information in. He competed in the 1986 WNBF (World Natural Bodybuilding Federation) competition and won after a protracted period of training. Darrem was extremely encouraged by his first-round success, but he was still adamant about achieving more success.

In front of his family and friends, he would go on to win the 1989 Trinidad Invitational Natural. Darren took this as a sign to continue his involvement in the sport. At the 1992 World Amateur Championships, he added another victory to his record.

Darrem had always aspired to be a well-recognized name in the American scene. In terms of international bodybuilding in the 1980s, the U.S.A. dominated. Darrem aspired to a career similar to that of legends he read about in magazines, like Frank Zane.

His participation in the Chicago Pro Invitational in 1992 made this dream a reality. Despite finishing only in 12th place, he was happy to have the opportunity to compete against bodybuilding pros.

Unaware of it at the time, Darrem was performing on a stage with future Hall of Famers like Kevin Levrone, which put him in good company for his debut pro performance.

After this Chicago performance, he made appearances at the Arnold Classic, Ironman Pro, and several other important events. He captured eight top ten finishes from 1992 to 1995, including a well-earned third place at the Florida Pro Invitational in 1995.

The 1995 Mr. Olympia was a dream come true for Darrem thanks to his steady form. He competed in this show alongside Chris Cormier, Dorian Yates, Flex Wheeler, and Ronnie Coleman and finished last, but he gained a lot of knowledge from his performance.

For Darrem, the remaining 1990s were a fruitful learning decade. At the 1995 South Beach Pro Invitational and the 1998 San Francisco Pro Invitational, he earned valuable third places, placing him in the top ten in every competition he entered.

A significant accomplishment for Darrem came after this when he finished second at the 1998 Ironman Pro Invitational. However, he was aware that he had already exerted all of his efforts and that he couldn’t win now.

In the final year of the decade, Darrem finished 13th at 1998, Mr. Olympia. As a result of this obvious improvement, he went into the new millennium confident in his ability to continue to progress in the sport.

Having finished third at the Toronto Pro Invitational, Darrem had a strong start to the 2000s. To win the 2002 Southwest Pro Cup, he put months of preparation into it the following year. Despite facing stiff competition from around the world, he was able to win the competition with ease.

A win at the 2003 Maximum Pro Invitational was his follow-up performance. He was able to do this to enter the 2003 Mr. Olympia, where he placed a strong seventh and earned $15,000 for his efforts.

His victory in the 2005 New York Pro Championship ranks among his best victories from the 2000s. Darrem had to defeat Victor Martinez and others to win this show, which is a major event. He succeeded in gaining a significant amount of well-defined mass to his upper body during the offseason, carrying this new bulk with a well-balanced aesthetic.

Before taking a break in 2013, he won several more competitions, including the 2007 Montreal Pro Championships and the 2008 Atlantic City Pro.

Darrem was able to get noticed by prestigious magazines thanks to his success in US competitions. He made an appearance in a volume of Pump, a well-known lifestyle publication, in the year 2000. ‘Muscular Development’ and FLEX magazine both featured a spread about him.

Darrem made a comeback to the professional competition circuit in 2016 after a three-year absence. As he was now 46 years old, he switched to the classic division, but he continued to train hard and be driven to win. 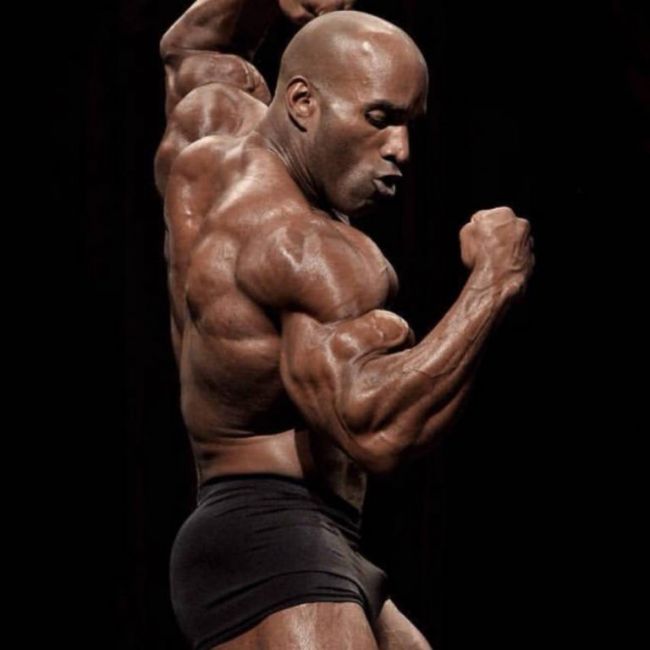 Because of the way Darrem trains, he has enough time to focus on each muscle group. On the first day, he completes his least favorite session (the leg day), after which he divides the chest, back, and shoulders over three days. By exercising two large muscle groups simultaneously, he will avoid overtaxing his central nervous system.

The following is his usual split and routine:

Exercise For The Arms

It is especially difficult for Darrem to work his arms. With several sets of pushing himself to failure, he aims to exhaust every muscle in his body.

Here is a description of a typical Darrem arm day.

Among his favorite triceps exercises, Darrem prefers the cable press down. His arm grows in size and definition as a result of the exercise, which he performs alone. To target the muscle fibers as much as possible, he concentrates on both form and weight in this instance.

With the Dumbbell Kickback, he delivers his final blow to his triceps. He kicks back in a controlled, slow arc while keeping his knee on the bench. People frequently swing their arms, he says, but doing so too quickly or violently can cause harm. Instead, he advises moving slowly and deliberately.

Three Sets Of Standing Alternate Curls With A Dumbbell (12, 10, 8 Reps)

Dumbbell curls, which are a “bread and butter” exercise for building overall bicep mass, are a favorite of his to include in his workout. Since going pro in the early 1990s, Darrem claims he has performed them every week. To effectively stimulate and warm up the muscles, he always finishes them right before a barbell curl.

Darrem wants to hit the muscle hard and intensely with his barbell curl set. While not wanting to exhaust the muscle, he concentrates on three sets to stimulate the growth response. To avoid exhausting the muscle too soon in the set, he opts to use a weight that is a little bit lighter than his maximum.

He decided to finish with a preacher curl with a dumbbell because it emphasizes the bicep’s short head. This means that he can achieve the desired peak on the muscle with the help of the movement.

The lower part of the bicep can also be made fuller by him. This, in his opinion, is a great way to cap off a difficult but very productive workout.

The majority of Darrem’s training time, he claims, is devoted to honing his routine. His fans appreciate all the work he puts into his creative and dynamic posing routines, which he spends months perfecting.

He draws inspiration from numerous sources as he works out each movement in the routine. He spends “hours and hours” watching music videos in search of the ideal dance move that will equally dazzle the judges and the audience.

Darrem’s workout requires a lot of cardio. He must improve his cardiovascular fitness during the competition preparation phases to burn off any extra fat before competing.

Riding a bike is one of his preferred cardio exercises. He enjoys cycling in the great outdoors and taking in the clean air. If the weather is suitable, he declares that he will always choose this over the treadmill.

In the same way, he enjoys going for quick jogs in his neighborhood park whenever he can. Her opinion is that for pure calorie burning, only a few exercises can compare to jogging.

According to Darrem, a bodybuilder can get by on a healthy, wholesome diet with an adequate amount of protein. To prepare his meals, he uses organic, healthy ingredients like free-range eggs and high-quality meats.

Darrem doesn’t eat many “cheat meals” because he prefers to maintain a healthy weight during the off-season and because he wants to avoid gaining weight. To maintain anabolism, he prefers eating every two to three hours. Below is a sample meal plan for the period of competition:

“I’ve always had devoted fans and friends. They’ve been around for a long time, many of them.

The people closest to Darrem Charles are his main sources of inspiration. When he needs motivation, his partner is always there for him, which is frequently very helpful during the competition preparation stages.

He also claims that the support of his fans has been a major factor in the advancement of his career. He claims that he would have struggled to maintain his drive if it weren’t for their encouraging words throughout his career.

Darrem Charles: Lessons For Us?

Bodybuilding is more than just a job, as Darrem Charles demonstrates. It truly turns into a lifestyle for the men who spend their entire lives making sacrifices and competing to be the best.

Darrem was born and raised in Trinidad, where he decided to pursue a career in the US bodybuilding industry. After that, he put in his best effort for nearly three decades to build the legacy that is now associated with his name. 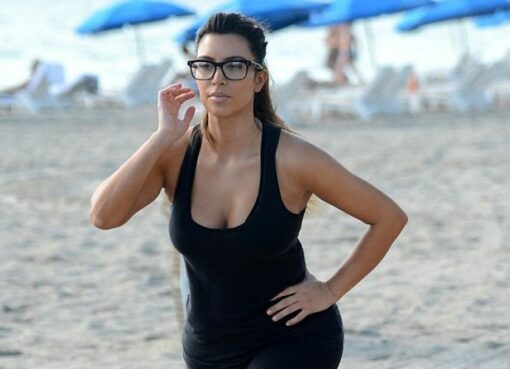 One of the most attractive people on the entire globe, Kim Kardashian's figure serves as an example for many young women and even celebrities. Everyone wants a figure like Kim Kardashian because of th
Read More 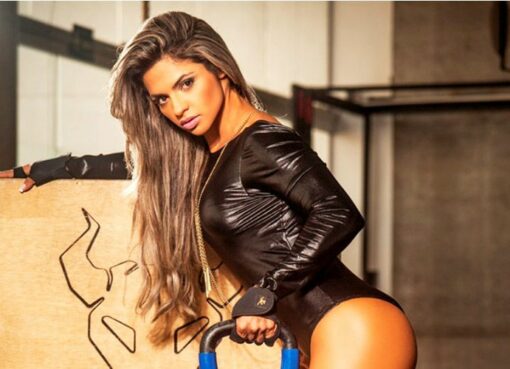 Who is Aline Barreto? Aline Barreto went from lifting weights as a hobby to being a professional fitness athlete, emerging as an industry legend. Short Career of Aline Barreto At age 16, Aline Barr
Read More 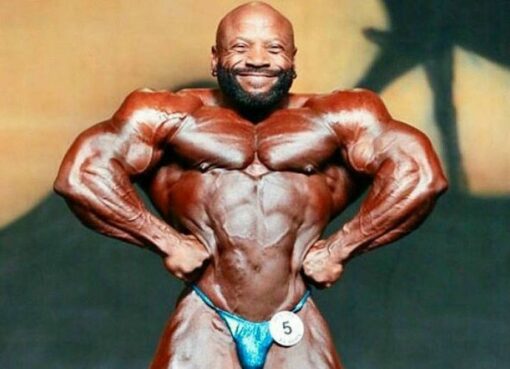 Who is Charles Dixon? Charles "The Tank" Dixon is a South Carolina-based IFBB professional bodybuilder. Since receiving his pro card in 2007, when he was 35 years old, he has been moving up the ranks
Read More