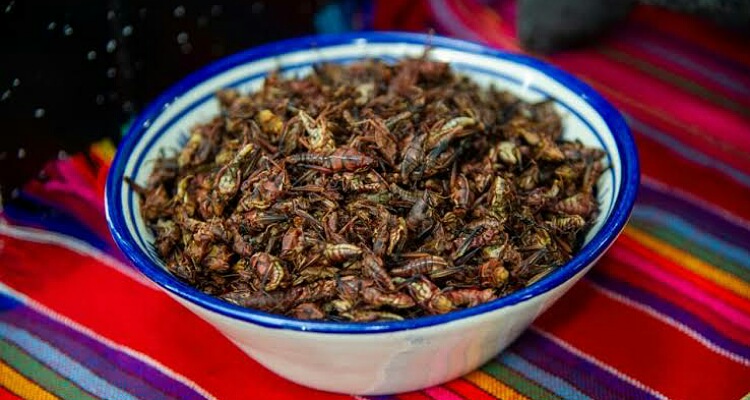 Eating healthy is important for living. But with the dwindling food resources in the world, it is getting more difficult to procure food for all the people.

In Africa and Asia, the conditions are worse. Hunger and malnutrition are prevalent in these regions. But some food sources remain untapped.

Edible grasshoppers are one of those, say the scientists of Uganda and Finland. These could be of assistance in alleviating hunger and malnutrition in Africa.

In the African continent, poverty and illiteracy and ignorance is rampant. But the population is rising. The current population in the region is around 1.2 billion. And this is expected to triple by 2050.

And on the other hand, there is not enough food to feed these growing mouths. Agricultural activities are decreasing. Climate change has negatively impacted agriculture.

And livestock rearing is causing greenhouse gas emissions that are detrimental to the environment.

Due to this, one in five people in is going to sleep on an empty stomach every night in this region. Already 12.8 million children are living on this continent in a malnourished state.

Dr. Karlmax Rutaro, a biochemist at the College of Natural Sciences at Makerere University states:

“We are cutting down more forests for agriculture. But this is not sustainable,”

“We have to think of smarter ways of providing alternative sources of food to feed this population without necessarily encroaching on the remaining forest cover.”

Edible grasshoppers remain untapped as a source of food

Philip Nyeko, lead researcher and professor at the College of Agricultural and Environmental Sciences at Makerere University states:

“Our research shows that we can actually tame these insects and start rearing them in big numbers as an alternative source of protein for our people,”

“It shows that the insects can help us alleviate hunger and malnutrition and the dependence on fish and beef (for proteins) that’s worsening overfishing and greenhouse gas emissions.”

Additionally, grasshoppers are a good source of protein. Their protein level is in the range of 34 to 73 percent. Dr. Karlmax added:

“People can eat the grasshoppers to support their protein needs,”

These insects also have good fats in them. This would help in the reduction of the non-communicable diseases in the world such as type 2 diabetes mellitus.

Edible grasshoppers also contain other vital nutrients such as polyunsaturated fatty acids and minerals such as potassium and phosphorus.

Domesticating the grasshoppers: feeds and environment

The researchers first got a parent stock of grasshoppers (Ruspolia different) from the wild. This was during their swarming season. The team then made these insects lay eggs in an artificial medium in the lab.

Firstly, they separated the nymphs in separate plastic jars and fed them different diets to see their survival on them.

Later, they put 1500 insects into mass cages and studied the effect of cage size and density on their growth and rearing.

The research showed that grasshoppers can eat inflorescence and grass, but they also fed well on greens and cereals, including millet flour, maize, and sesame.

They tolerated temperatures between 25 to 32 degrees Celsius. And they reached full maturity in 2.5 months just like wild insects.

Additionally, grasshopper rearing can become a business and be a source of income for many farmers. The scientists have already started training farmer groups in central Uganda on this. But Karlmax cautioned:

“Just like any other livestock, the insects need a good environment and feeds. They need a balanced diet,”

Many African communities are already consuming insects by tradition. The farmers can also export the reared grasshoppers and earn more money. Thailand is already exporting crickets to the world. Africa can follow suit.