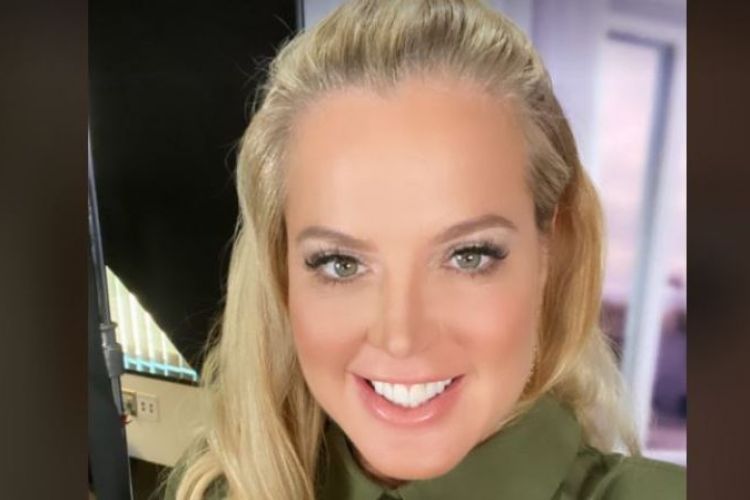 Elizabeth Lyn Vargas was formerly a member of the Real Housewives of Orange County cast on Bravo. She is a California-based businesswoman and the former spouse of Bernt Bodal, the former CEO of American Seafood Groups.

Elizabeth Lyn Vargas was just a guest on one episode of Real Housewives of Orange County, giving viewers hardly any opportunity to get to know her. People have trouble understanding her stories even though they were generally harmless. She was also labeled as one of the “worst casting decisions” by some.

Even when she began to open up after the show, it was a little bit too late. Her brief appearance on the show meant that she didn’t have a chance to make a lasting impression. Vargas continued to be a source of interest, if not hit, for a sizable portion of individuals.

To find out how she is doing now, as well as a recap of her experience at ROHC, the dissolution of her nearly 20-year marriage, her current partner, and some startling details about her early life.

Elizabeth, who was born in Missouri in March 1975, is primarily a midwesterner with German ancestors, even though she is sometimes mistaken for a Mexican.

Her father was a preacher and a highly pious man, whereas her mother comes from a family of German engineers. She has a brother as well.

Elizabeth Lyn Vargas Has A Tech And Jazz Background

Vargas is an expert in computer software and has studied jazz vocals at Seattle’s Cornish College of the Arts.

She even once had a day job evaluating software for a business that performed CT scans. She once owned a chocolate factory that produced chocolate cigars for the Vargas Girls’ performance.

Elizabeth used to be the owner of the domain name TheVargasGirls.com and broadcast videos of her show on her website. Because of this, she first became well-known online and subsequently on cable TV.

After that, Vargas created her own MySpace website, and YouTube channel, and conducted live streaming and band interviews. Vargas currently resides in Newport Beach, California, having formerly called Indio home.

Elizabeth Became A Cult Member As A Child

The Midwest was the origin of the cult, which met in the Faith Bible Tabernacle in Missouri. It appears that her family was responsible for founding the church. The once intermittent Indio resident disclosed that her father was a minister and that her grandmother had established the cult.

She claimed that the cult was driven by greed and money. Elizabeth said that the atmosphere was rigid and severe and that she and the other members were required to wear a particular uniform.

She was also restricted to eating just food prepared for the members. The members were also required to live in a commune and were unable to leave the ranch. The cult barred its followers from visiting hospitals as well. Elizabeth also described how she experienced frequent molestation and infrequent beatings while a member of the cult.

Additional Information Regarding Elizabeth Lyn Vargas’ Time in the Cult

The one-hit wonder admitted she was never able to open up freely and occasionally experienced panic attacks as a result of the abuse on an episode of ROHC.

Vargas noted that as a result, she had a difficult upbringing. She went on to say that her grandmother had told her to speak in tongues.

The reality personality revealed that while her grandmother resided in a mansion, everyone else lived in trailers on the same land. She displayed several stories and actual newspaper clippings from that era while discussing her troubled childhood on the program.

Vargas revealed that the FBI was ultimately responsible for the denomination’s closure. She did this after telling her neighbors about the abuse she had been subjected to in the cult. It appears that her mother exerted every effort to rescue her children from that predicament.

Before the season 15 launch of Real Housewives of Orange County on Bravo in September 2020, Elizabeth Vargas joined the cast.

Kelly Dodd, whom she had known for a few years from the Newport party scene, helped her get into ROHC. Lyn would only be a part of the cast of the 15th season of the west coast reality show. Amid the COVID 2020 pandemic, she had to shoot the show.

In June 2021 Vargas, Bravo announced that she will not be resuming the series. Along with the much more contentious cast members Braunwyn Windham-Burke and Kelly Dodd, the network fired her.

Vargas later expressed her gratitude for the opportunity to take part in season 15 of The Real Housewives of Orange County on Instagram, thanking NBC Universal, Evolution Media, the cast, and crew.

However, the former Bravolebrity revealed she had a contract with Bravo a week before the company announced her dismissal in July 2021.

Elizabeth Was the Owner of a Streaming Service

In addition, Vargas served as the CEO of Edge Music Network, a business that streams music videos live and on-demand via video syndication networks.

She had previously referred to it as a “digital MTV.” In a 2016 interview with The Desert Sun, Vargas stated that her platform had one of the most extensive collections of classic rock music.

Additionally, according to Lyn, she once had a contract with Eagle Rock Entertainment. Even in February 2015, the owner of a Siberian husky had obtained a license for “all the songs from Universal Music Group.”

Additionally, Lyn’s business included a music platform app. The product at the time claimed that it would be simpler than ever for consumers to find and access the most recent performances, events, and high-quality music videos.

It also had a website version with channels that included music videos and documentaries by pop, traditional, modern, and up-and-coming musical performers.

It began with the support of Eric Sherman, the originator of VH1 Classic, Roger Daltrey of The Who, Steven Tyler of Aerosmith, Roger Taylor of Queen, Mark Turner of X-Box, and John Paul DeJoria of Paul Mitchell Systems on her company’s advisory board.

The application also included a big video collection. Vargas alleged that EMN had one of the biggest collections of vintage rock music. When Elizabeth was the CEO of EMN, she also collaborated with Xumo, the business that acquired MySpace, to integrate her digital channel with its cable and digital programming fusion technology.

Vargas said her musical endeavor was a failure in July 2020, despite enjoying success for a spell with EMN.

The Edge Music Network creator then said that to make money, she would change the course of her life. She moved on to another firm after Edge Music, Vargas Vodka. While still a member of ROHC, she launched the product.

The former television personality, who frequently discussed money and wealth on ROHC, claims that a portion of every bottle sold goes toward saving animals.

Vargas and retired businessman Bernt Bodal, a Norwegian-American, were married for almost 20 years.

While they were wed in 2000, they divorced in 2017. Bodal first encountered Lyn when he entered the nightclub where she and her band were performing, and she serenaded him by singing Hey Big Spender. It allegedly happened in a jazz club in Seattle in the late 1990s.

However, the ex-CEO and the blonde television personality turned businesswoman would formally break up in July 2020. One of Vargas’ key plotlines during the 15th season of ROHC was her divorce from her ex-husband Bodal.

Elizabeth claimed that getting married had caused her to lose who she was; it had changed the way she moved, dressed, spoke, and the size of her breasts. The former cult member claimed she had an opportunity to reinvent herself once the marriage broke up.

Vargas claims that Bodal’s infidelity with the businessman was the apparent cause of their breakup. Additionally, Lyn stated that her ex-adulterous husband’s relationship produced a child.

Who Is Vargas’ Present Love Interest?

As of right now, Jimmy Juarez and Elizabeth are dating.

They started dating in 2020, but after some viewers discovered a couple’s photo from 2016 on Vargas’ Instagram profile, the internet is confused about the reality star and her new beau’s relationship timeline.

The 46-year-old came out as bisexual during ROHC’s Season 15 finale reunion.

A year after Bronwyn Windham-Burke, another member of the ROHC ensemble, came out as a lesbian, she spoke out about her sexual orientation. When Bronwyn said during the reunion that she couldn’t have discussed Black Lives Matter or LGBTQIA rights with anyone on the ROHC cast, Vargas interjected,

Have you ever inquired of me? Then, she said,

When talk show host Andy Cohen questioned Elizabeth about whether she had always identified as bisexual, she responded, “100%, but I don’t practice it.”

Vargas is a millionaire, according to numerous sources; her estimated net worth is at least $30 million.

She was one of the richest cast members when she made her ROHC debut. Some individuals think of Lyn as a very successful businesswoman.

Vargas’ ex-husband Bodal is substantially wealthier than she is, but the Missouri native has at least been associated with luxury since her 30s. Vargas once resided at the Madison Club across a fairway from music business tycoon Irving Azoff, providing some perspective.

For more than 15 years, she was interested in technology, and during that time, she was able to secure millions of dollars worth of music copyrights for both long- and short-form videos.

It’s important to note that Elizabeth received $31K in spousal support along with her $5M beachfront property, Range Rover, and Bentley when she and Bernt got divorced. 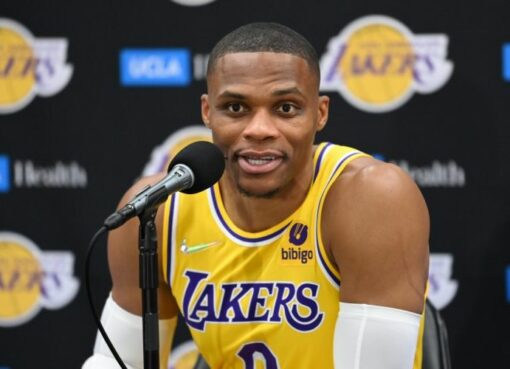 Who is Russell Westbrook? Net Worth, Partner, Biography

Basketball player Russell Westbrook competes for the National Basketball Association's Washington Wizards. Russell is regarded as the nine-time NBA All-Star and was named the league's MVP for the 201
Read More 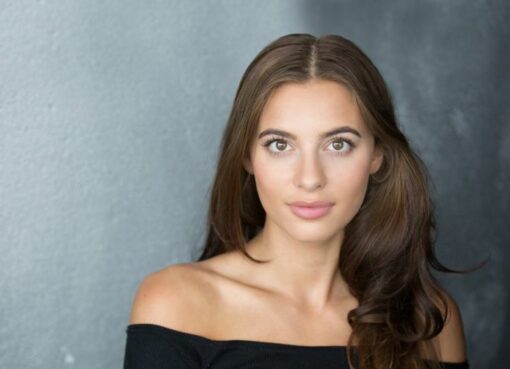 Who is Nadia Parkes? Net Worth, Partner, Biography

Nadia Parkes is a British actress who was born on December 31, 1996, in London, England, under the sign of Capricorn. She made her acting debut in "The Spanish Princess" in 2019 and rose to stardom as
Read More 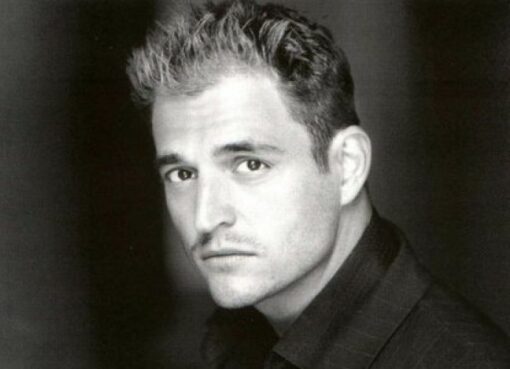 Who is Michael Deluise? Net Worth, Partner, Biography

Who is Michael Deluise? And Where is He Now? Michael Robert DeLuise was born on August 4, 1969, in Los Angeles, California, USA; his zodiac sign is Leo, and he is of American nationality. He is an ac
Read More