How to make Mini Pumpkin Pies? (Vegan and Healthy, Flavorful) 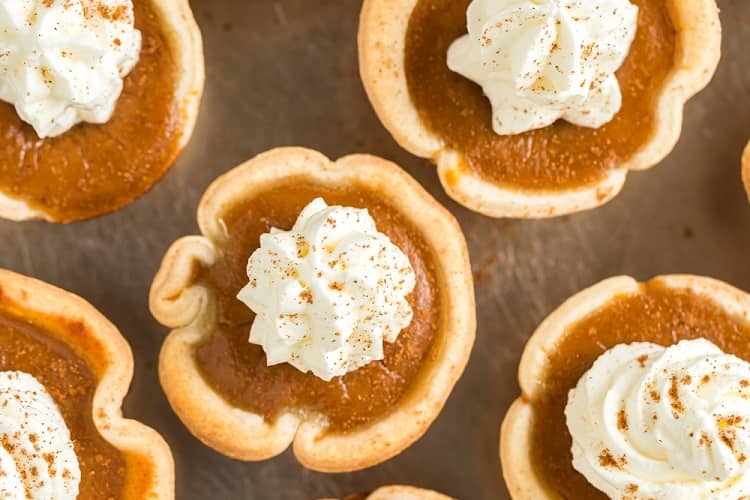 Miniature foods have always appealed to me, including small frittatas, apple crisps, and stuffed peppers.

I’m going to talk about my newest little hobby today: vegan pumpkin pie! These delicious snacks are ideal for fall gatherings because they are naturally sweetened with maple syrup and warmly spiced.

First off, since the baked pies need to cool for at least an hour to set, they are meant to be prepared ahead of time. And they’re cute, too! A platter of vegan bite-sized pumpkin pies sprinkled with toasted nuts and coconut cream is sure to be a party favorite.

In my quest to create a vegan pumpkin pie filling, I didn’t want to use the blender or soak the nuts. This filling comes together quickly by whisking together the following ingredients: pumpkin, cornstarch, maple syrup, and almond milk. Rich and creamy without the cream…

I used the Gena for Food 52 recipe for coconut oil pie crust because I don’t like vegan butter replacements. It turned out fantastic using a mixture of half-white flour and half-spelled flour.

Because it seemed like a nice and simple thing to do, I rolled the dough into little tart pans. These might also be prepared in a standard muffin tray.

The tiny ones (seen above) are the ones I made in a mini muffin pan. Any party in the fall would be gorgeous with them on a dessert tray!

Of course, waiting for pumpkin pie to chill is the worst part. There is nothing I can do to assist you with. Enjoy pie the next day and exercise some patience!

A tasty autumn treat is this recipe for vegan tiny pumpkin pies! The pies must be chilled for the final time to be thoroughly set, so don’t omit this step.

How to make a Frittata? (Plus 5 Recipe Variations)
Make No Bake Oatmeal Energy Bites (A Perfect Healthy Snack)