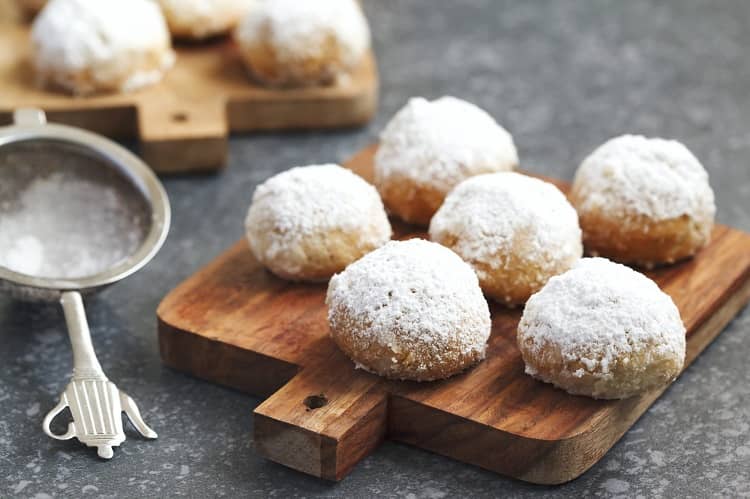 Blog,Breakfast,Budget Bites |
- Rate us if you are a Food Lover (Sugarzam.com)

To compliment all of the spicy Mexican food I made this week (Fire Roasted Salsa & Chicken and Lime Soup), I needed something sweet.

I actually remember having these cookies when I was a child but was always under the assumption that they were Italian cookies.

possibly because we decided the name was amusing to utter in an over-exaggerated Italian accent while running around the house with our mouths stuffed full of cookies. I guess we did that for a straight. My poor mum.

These tasty little crumbly cakes are somewhat similar to pie crust but a little cakier and a little crumblier. They are pretty essentially balls of butter, flour, and sugar flavored with a little touch of cinnamon and vanilla.

They crumble when you bite into them and then melt on your tongue. What more could you want?

I worked off of this recipe that I discovered on Allrecipes.com. I needed to add quite a bit more flour to get a dough that could be molded into balls.

So, I would suggest starting with 1.5 cups and adding 1/4 cup more at a time until the dough is dry enough for you to handle without them melting butter all over you and greasing up your hands.