How to make Pumpkin Pie Spice at home? (Adds flavor to Pies and Muffins) 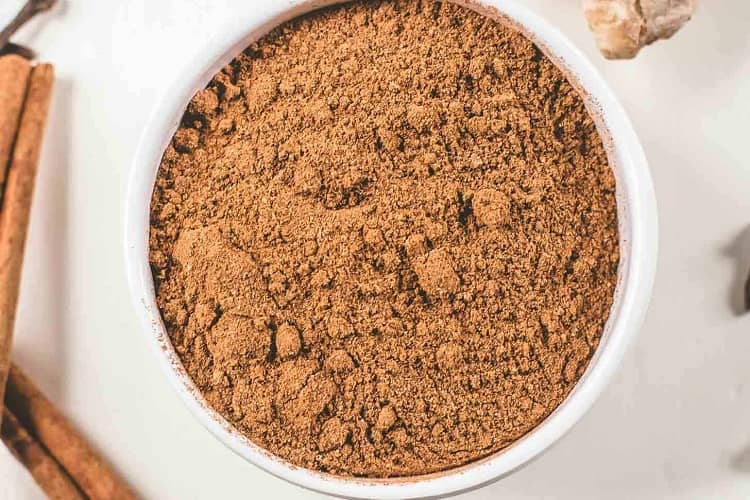 If you enjoy baking seasonal treats during the fall, you are going to be thrilled to have this homemade pumpkin pie spice in your kitchen.

It gives baked goods like muffins and pies a flavor that is perfect for the fall season!

It’s that time of year again: pumpkin spice! Even though I’ll never be the type of person who rushes out to grab a pumpkin spice latte on the first day of fall, I do appreciate a thick piece of pumpkin bread or a puffy pumpkin muffin around this time of year. Both of these foods are seasonal favorites.

Instead of purchasing a pre-mixed spice blend in a jar, I always make my own pumpkin pie spice and use it whenever I make these warm and comforting fall treats. Why?

When I make my own Everything Bagel Seasoning, for example, I have complete control over the proportions of the individual ingredients.

When I make homemade pumpkin pie spice, I like it to have a strong flavor of cinnamon and ginger, with just a hint of allspice and cloves for a little more kick.

Because the components of pumpkin spice blends sold in stores can vary, I find it convenient to make my own blend because I can control the proportions of the individual spices.

I think the following recipe for pumpkin pie spice has just the right amount of each autumn spice, but feel free to adjust it to your taste by adding more or less of any of the spices listed below.

The preparation of this dish is speedy and uncomplicated! It only requires these five essential spices:

In a small bowl, add the cinnamon, ginger, nutmeg, allspice, and cloves, and whisk to blend the spices. That wraps it up! The spice mixture should be kept at room temperature in a jar or other container with a cover.

It can be stored for up to a year like most other spices, but its flavor and strength will deteriorate over time.

Because the quantity isn’t excessive here – only about a quarter cup – you shouldn’t have any issue consuming it all within the allotted time frame for the season!

How to Make the Most of Pumpkin Spice

If you enjoy baking seasonal treats during the fall, you are going to be thrilled to have homemade pumpkin pie spice in your kitchen.

You may create cookies, pancakes, muffins, or bread with just this one spice, pumpkin spice, rather than having to measure out four to four and a half different spices each time!

Pumpkin Muffins and Pumpkin Bars that I make have a specific call for it, but these other recipes could also benefit from its use in place of the spices called for in those recipes:

You can use this pumpkin spice in place of any other spices called for in the dish you are preparing by substituting it one-to-one. If a recipe calls for two teaspoons of cinnamon and half a teaspoon of nutmeg, for instance, you should substitute two and a half teaspoons of pumpkin pie spice in its place.

Are you sick of pumpkins? No problem! In addition, one of my favorite ways to season the apples that go into my Apple Crisp and the granola that I prepare at home is by using this warm and comforting spice blend. Additionally, this is a fantastic way to spice up your breakfast oatmeal or overnight oats in the morning!

If you enjoy making seasonal baked goods during the fall, you’ll find that having this pumpkin spice blend in your kitchen is a real treat.

It tastes great in a variety of baked goods, including cookies, pies, and muffins. You can find suggestions for specific recipes in the post that is above.

How to make Whole Wheat Vegan Waffle? (Perfect for Brunch)
How to make Creamy Mac and Cheese at home? (With Simple Ingredients)