How to make Teriyaki Sauce at home? (Naturally Sweet and Gluten-Free) 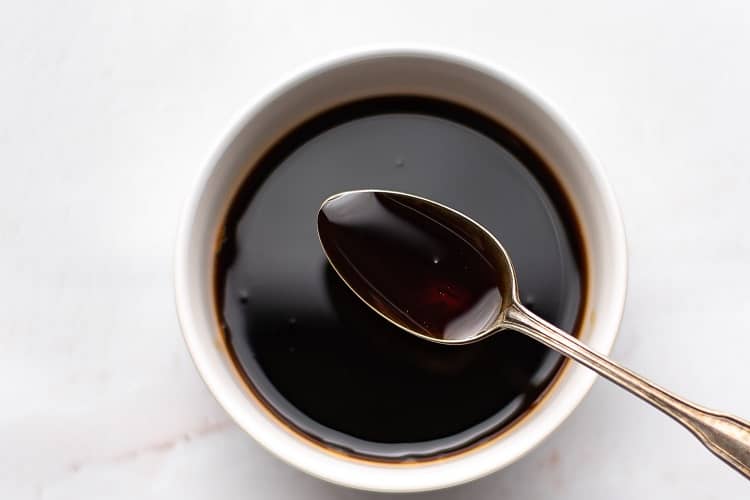 I’m going to say it right now: this isn’t genuine Japanese teriyaki sauce. With a lot of ginger and garlic, it’s the American version of teriyaki sauce.

Without the additives, it tastes far better than store-bought variations. It’s also organically sweetened and gluten-free-friendly!

This recipe was born from a desire for a handmade alternative to store-bought teriyaki sauces. The previous day, my husband cooked a fantastic stir-fry with the canned type. Starting with the teriyaki sauce, I set out to reproduce it.

This sweet, salty, and thick teriyaki sauce is produced from scratch. It’s delicious as a glaze for grilled or roasted meats, or as a tasty complement to a simple stir-fry.

Stir or brush it on near the conclusion of the cooking process, not at the start, or it may burn.

I like to serve this sauce over rice or noodles with vegetables and crispy baked tofu. It’ll also perk up your jumbled-up weeknight fried rice.

I based the components on retail-bought teriyaki sauce labels, and all of the ingredients can be found in a standard grocery store. Remember that teriyaki sauce is traditionally created with soy sauce, mirin (sweet rice wine), and Sake.

Regular is called for in most recipes, but I prefer reduced-sodium since it gives me more control over the salt content. Even yet, this sauce has a lot of salt in it. It’s always possible to add more salt, but it’s not possible to take it away.

Tamari is a wheat-free Japanese soy sauce that can be found next to regular soy sauce in well-stocked supermarkets.

In most teriyaki recipes, honey and brown sugar are used in conjunction. I used pure honey instead of sugar because I wanted this recipe to be completely natural.

Use maple syrup instead of honey if you don’t want to use honey in your teriyaki sauce. It’s also fantastic!

Vinegar made from rice

Add a dash of rice vinegar to brighten the flavor and balance out the honey’s sweetness.

With the addition of sake or mirin, authentic Japanese teriyaki sauce is created without these components.

The starch thickens the sauce. The sauce would be rather runny without it. If you don’t want to use cornstarch in your teriyaki sauce, arrowroot is a great alternative.

To form a slurry, we’ll combine the starch with an equal amount of water. Before dumping it into the simmering sauce, we prepare a slurry to liquefy the starch and work out any lumps.

This sauce is simple to prepare. The only semi-difficult step is chopping the ginger and garlic.

With this simple recipe, you can make wonderful teriyaki sauce! This recipe, unlike store-bought teriyaki sauce, is naturally sweetened and gluten-free. About 1 1/4 cup of sauce is yielded from this recipe.

Slurry (to thicken the sauce)