Know All About Tomasina Parrott

Home /Entertaintment/Know All About Tomasina Parrott 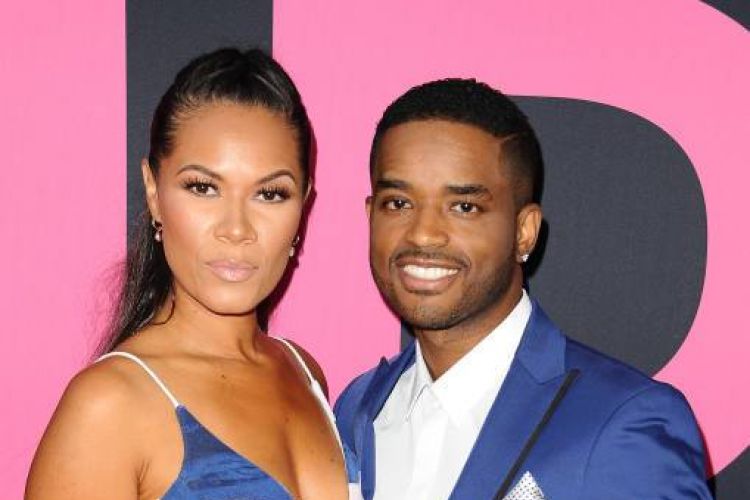 Many names come to mind when we think of African-Americans who have achieved success in Hollywood. Tomasina Parrott has distinguished herself as an actress on the long list after appearing in “Along Came Polly” (2004), “Starsky & Hutch” (2004), and “Miss Congeniality 2: Armed & Fabulous” (2005). She is well known for her talent as a dancer and has performed for “New Power Generation (NPG)” among other artistic productions.

Even though Tomasina Parrott has produced works, Larenz Tate’s celebrity wife is what makes her most well-known. Here’s a look at her life and a few things you might not have known about her.

On January 3, 1977, Tomasina Parrott was born in Long Beach, California, in the USA.

She led a quiet life before breaking into the spotlight. In that regard, not much is known about her upbringing or even her parents, siblings, or other family members.

She attended Long Beach’s Robert A. Millikan High School, though it is unknown if she went on to a university or other higher education program.

2. Tomasina Parrott and Larenz Tate have been wed for more than a decade.

Tomasina and Larenz Tate connected through a friend and subsequently began a six-year relationship. The two exchanged vows on November 30, 2006.

Larenz Tate is an African-American actor who debuted in “The Twilight Zone” in 1985, launching his career. Additionally, he made appearances in several TV shows and motion pictures, such as Menace II Society (1993), A Man Apart (2003), and Power (2017–2020).

3. She Had A Transient Acting Career

When Parrott was cast as a salsa dancer in the 2004 film “Along Came Polly,” she was able to showcase her acting skills in Hollywood. She appeared in Starsky & Hutch alongside actors like Ben Stiller, Owen Wilson, and Snoop Dogg (2004). Parrott also appeared in the comedy movie “Miss Congeniality 2: Armed & Fabulous” from 2005, where she had a small part as a club dancer.

When Tomasina failed to appear in any other movies or TV shows, which led many to believe she was climbing the ladder to greater notoriety, she unexpectedly changed course. It has been one year since she stopped acting, but it is still unknown why.

Parrott was a successful dancer who performed on several stages that bore the name “Geneva.” She is primarily recognized for her early 2000s dancing for The New Power Generation (NPG) band.

While Tate’s career and talent may not be particularly well-kept secrets, many aspects of his personal life have been kept a secret for a very long time. He shocked everyone, though, when he revealed details about not only his marriage but also his bed!

In an interview, he talked about how he and his wife chose to stay in different rooms because she is so fertile. He made light of the fact that she becomes pregnant whenever they are together.

6. By coincidence, Tomasina Parrott and her husband performed Ashanti

Larenz also appeared in Ashanti’s “Rain On Me” music video from 2003.

A son named Miles Xavier Tate was born to Tomasina and Tate on July 29, 2006, just a few months before they were wed. Other sons were also welcomed, including Zander Tate (born on June 27, 2008) and Zion Tate (born in November 2013). Others have gone so far as to claim the couple has welcomed 4 boys, the last of whom has not yet had his name made public, despite other reports claiming they have only three children.

8. Where Can You Find Tomasina Parrot When She’s Not Acting Or Dancing?

Parrott has pursued a different line of work outside the entertainment industry. She owns the “Sugar Fairy Bake Shop” in Calabasas and is currently into baking, according to an article by Biography Mask.

Tomasina is 62 kilograms tall and 5 feet 7 inches wide. Her other physical characteristics are still unknown.

As of this writing, neither Parrott’s actual earnings nor her net worth has been estimated. However, according to data from the Bureau of Labor Statistics from 2018, the average dancer in the US makes $20.70 per hour. On the other hand, a backup dancer makes, on average, $23,471. In other words, Tomasina might still be making a good living as a business owner despite having made a tidy profit from her entertainment venture.

Regarding her husband, who makes all of his money from acting, it has been calculated that he is worth $4.5 million.

The complete profile of Tomasina Parrot

What are fatigue-fighting nutrients? How to be active in the day?
Know All About Draya Michele’s Son Kniko Howard