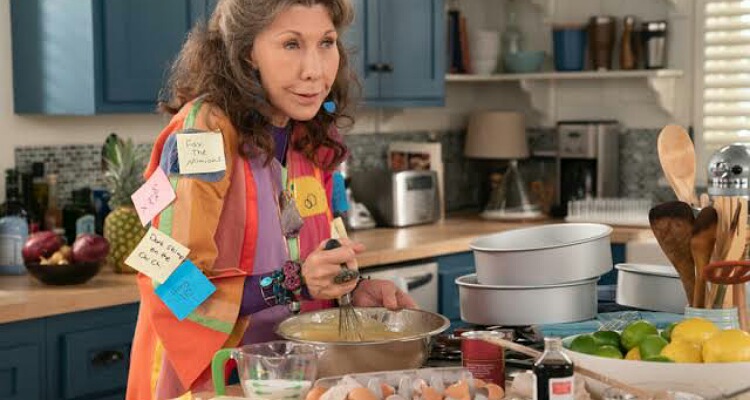 Actress Lily Tomlin is more than 80 years old now. But she is still very much active in Tinseltown. She is going strong in her career.

Her latest project was with Netflix where she appeared on the show Gracie and Frankie along with Jane Fonda. How does she manage to keep going at this age when most would have retired and settled back in life?

Lily Tomlin and her health

Actress Lily Tomlin is 82 years of age now. At this age, people usually retire. But no that is not the case with Lily. She continues to act and her last project was with Netflix.

She and her friend Jane Fonda were part of the show Gracie and Frankie and it was a hit. In 2018, Lily had spoken about how she is suffering from osteoarthritis. Lily had shared:

“I have osteoarthritis and these joints poke out.”

“My hands are just ruined. I used to have lovely, graceful hands and now they’re kind of like a kielbasa.”

“I know the worst is yet to come, in terms of deterioration,”

Osteoarthritis is inflammation of the joints that causes pain and stiffness. It is common in old age.

Lily and her home cooking

The elderly actress cooks meals for herself. In 2021, she had revealed that she orders vegan food for her to save the planet. But she has one complaint about this food:

“There’s not like…a descriptive discussion on it on the lid of the dish.”

She avoids animal foods. She is a great animal lover. And, Lily had also worked with PETA and participated in several of their campaigns. Additionally, to keep active she and Jane do some workouts. In 2016, Jane had said:

“We’ve just started (filming) season three of Grace and Frankie and Lily and I, we’ve made a little workout room on the soundstage,”

“It was our trainer’s idea. She was worried about Lily and she thought I could kind of encourage her to go in there and do her stuff.”

But Lily is not particularly fond of exercises and pretends to do it sometimes.

Lily has body image issues since long. She said in 2015:

“I’ve changed quite a lot but, OK, not completely. I was a perfectionist then,”

“I thought I looked too thin. And I still worry about photographs. Even now I’ll say to the person behind the camera: ‘You sure you’ve got the shot?'”

Lily attempts to stay well mentally. She had said on it:

“What did Pablo Casals say? In his 90s, he still gave the same answer when someone asked why he continued to practice cello every day. He said, ‘I’m beginning to notice some improvement.’ At this stage in my life, I understand that completely.”

She tries to think young. She had said:

Though old in body, Lily is rightly young at heart and mind!!!