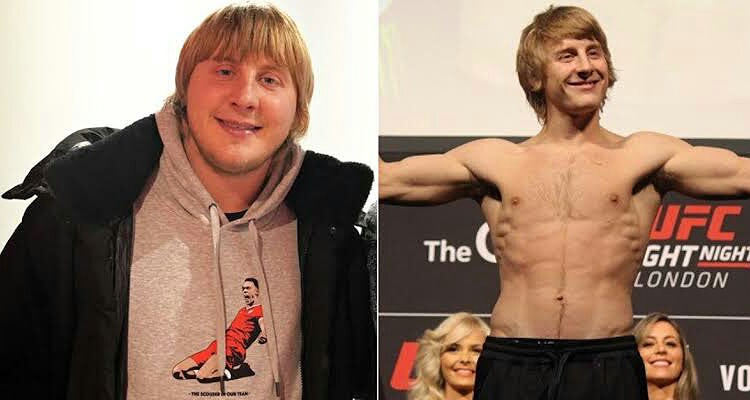 UFC star Paddy Pimblett had put on a lot of weight. But now, he has shed 50 pounds. His diet change assisted him greatly in the changeover. Know how Paddy managed to shed the extra flab and prepare himself for his debut on pay-per-view channel.

Paddy Pimblett and his weight

After that summer event, Paddy began consuming a lot of junk foods including sugary and fatty foods. This caused him to gain an enormous amount of weight. And he weighed 205 pounds. But before his current pay-per-view debut, he had to lose weight. With the help of his dietitian and chef, Jordan McCarthy, Paddy managed to shed 50 pounds. Thus, he was able to reach the lightweight limit with great ease.

Paddy’s personal chef, Jordan McCarthy revealed that he tries to make a variety of food dishes for Paddy. He said:

“We change the menu each week so that he never gets bored,”

“When he’s on [his diet] he’s not eating s*** and doesn’t cheat. Paddy usually goes for a protein granola pot in the morning before he trains each day. He’s very heavy on the carbs, the other option that he usually has is overnight oats. For his lunch, he goes with a cold option which is usually a chicken salad wrap.”

“He’s also got a barbecue chicken burrito on as well. The final meal usually is just pretty similar to his lunch with the macros that he has, but it’s more of a hot meal. We’ve got a chilli meatball with fusilli pasta and we’ve got a wagyu burger, 100 per cent beef with sweet potato fries.”

Paddy is a bit fussy with vegetables. He dislikes peppers but prefers cabbages. He is for peas but does not like mushrooms. And Paddy is not fond of beansprouts and onions. Further, Jordan revealed:

“His favourite thing is a chocolate protein school cake, it’s not that high in calories. We’ve got the knowledge of turning unhealthy food into healthy food.”

Several UFC fighters have critically talked about Paddy’s junk foods eating habits. Due to this unhealthy eating, he puts on a lot of weight and needs time to shed it before going for another fight. This causes issues since one cannot book him for a fight at short notice. Dana White admitted on this major problem with Paddy that leads to promotional issues.

Paddy feels that calories deficit helps him regain back his slim form. He tries to have low calories meals to shed fats. Talking on it he said:

“It makes my life ten times easier and they are delicious scrans with not many calories in them.”

“There’s no rocket science to it, it’s not hard. Get yourself in a calorie deficit. Why do you think I get so fat? I go from eating like 1500 calories to 8000 a day, that’s why the weight piles on and that’s why it comes off so easily.”

How to Roast Pumpkin Seeds? (A great source of magnesium)
How to make Peanut Sauce? (Creamy, Savory and Little Spicy)