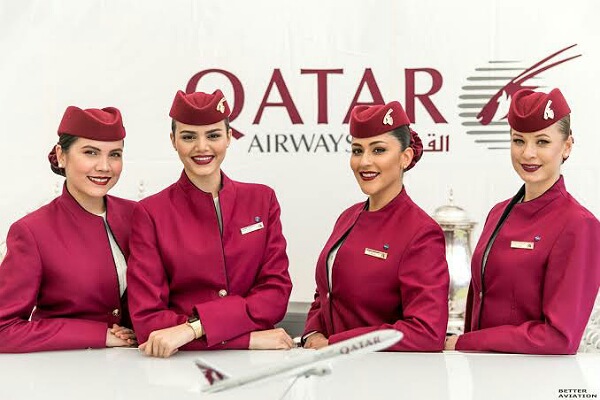 Qatar Airways’ name implies luxury and perfection. It is a high-priced carrier based in Doha the capital of Qatar.

It has strict grooming standards for its cabin crew. And now it is set to have on board a cabin crew nutritionist.

Qatar Airways has remained a class air carrier since its inception. It has never let its standards dip. It has the world’s toughest standards as regards grooming its cabin staff.

And now the airline is going to hire a special cabin crew nutritionist. This dietitian would cater to the eating habits of the flight attendants.

The purpose is to assess the eating habits of its cabin crew and promote healthy food consumption in them.

The airline has put up an ad for this post. The ad states that the nutritionist would be responsible for the evaluation of the health of their staff.

The dietitian will have to plan different approaches to tackle and ensure a healthy lifestyle for the crew.

These recruits will not be taking care of the overall appearance of the crew. But has to advise them on eating wholesome healthy foods.

Emirates and the weigh police

Dubai’s Emirates airlines have an appearance management program that is still running. In this, special uniform standards officers move around the corridors of the building where the cabin crew reports.

This is at Dubai international airport. They observe and call crew members for an impromptu weigh-in. If found overweight, that staff member is grounded.

The airlines then put them on special diet plans. They do not rejoin the flying crew until their excess weight gets shed. This controversial program is run by the cabin crew fitness and nutrition department of the airline.

A former airlines employee said, earlier this year, that the program is still going on. The uniform standards officers are called weigh police.

Do Air India airlines (Tata) have such an appearance management program?

In Air India, those cabin members who put on excess weight are put on ground duties. But the weighing-in programs isareot so strict.

In January 2022, there was an order that said that new body mass index and weight checks would start on them just before they report for a flight. The order read:

“Grooming associates have been assigned the task of recording observations on the BMI management/grooming/uniform turnout of cabin crew when they report for a flight or standby duty at CCMCO (Cabin Crew Movement Control Office),”

It was supposed to be a quarterly assessment. But the cabin crew unions felt that this would be denigrating.

It would hurt the mental status of the crew member at a time when they would be going to take on some important safety tasks. Its two unions-Air India Employees’ Union (AIEU) and All India Cabin Crew Association (AICCA) wrote back:

“We must stipulate that we are not objecting to BMI checks, which crew have undergone for more than 15 years now, however, the same must be conducted by medical doctors, in the privacy of the Air India clinic, as has been the case until now,”