Robots for fruit picking: how successful has it been?

Home /Healthy Eating/Robots for fruit picking: how successful has it been? 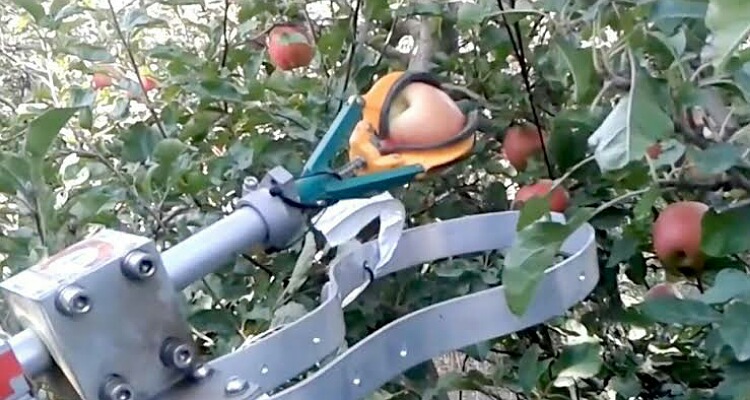 Robotics have entered a lot of industries. They make cars and also sort out goods in Amazon warehouses.

Fruit picking is a simple thing but it does need effort and can hurt our backs. Researchers in this field have been trying to invent a robot for fruit picking. Have they been successful?

Fruit picking: robots on the job

Some robots can be like dogs and keep us safe from thieves and robbers. Robotic waiters are also found in some restaurants around the world. Wow!

“It’s a simple thing for humans.”

“You and I, we could close our eyes, reach into the tree. We could feel around, touch it, and say ‘hey, that’s an apple and the stem’s up here’. Pull, twist. We could do all that without even looking.”

Yet, efforts are on in this direction for many years because fruit plucking can break the back of the picker and also requires time and effort. Attempts to make it faster and easier are on.

Vacuum machines were tried with variable results. Joe and his team are looking at the precision and movements of the human hands during the plucking process to get inspiration to make the robot.

The invention in the making

If the team succeeds in making the robot for fruit plucking, it would revolutionize the industry. The task would become easier and quicker. Efforts and human backs would be saved.

The invention is the need of the hour because of the labor shortages post-endemic. Global warming has made the task more uncomfortable for humans due to extreme temperatures. And then, there are wildfire smokes that add to the woes.

If the new technology comes in, it will help worker safety and improve the working conditions for them.

Currently, robotic tools are used in agricultural works such as weeding, monitoring of soil conditions and moisture content, and for plantation of soybeans. Joe laments:

“But when it actually comes to doing physical work like pruning trees or picking fruit, that’s still the realm of people today,”

Joe states that the problems are ample in the orchards both for the workers and robots. The traditional orchards have irregular trees and branches and giant canopies. Shifting sunlight and clouds and fogs add to the trouble.

Modern orchards implement and make trees grow flat against trellises. There is a thinner canopy and more sunlight. Fruits are formed better. But sunburns can occur due to excess sunlight.

Additionally, the fruits such as apples can get bruised when dropped into baskets. Researchers are working to overcome these problems of thinner canopies.

The new giant robotic arm is put on a rolling platform. The arm has a three-finger palm with cushiony silicone skin lining the fingers. The movements are digitally controlled.

The fingers tighten and twist and pluck the apple fruit. Hopefully, these robots will be on the market in the next 5 to 10 years.

This research has US government support and grant. Ananth Kalyanaraman, professor at Washington State University and director of the AgAID institute is optimistic and states:

“There are going to be plenty of tasks where the robotic instruments and digital devices will necessarily have to work with humans,”

“That’s going to actually empower humans because it gives them new skillsets.”

Read more: Fruits and the best time of the day to consume them!

But job losses for farmers are inevitable with this technology. That would be its lopsided.