The increasing campaign against seed oils: reasons and problems! 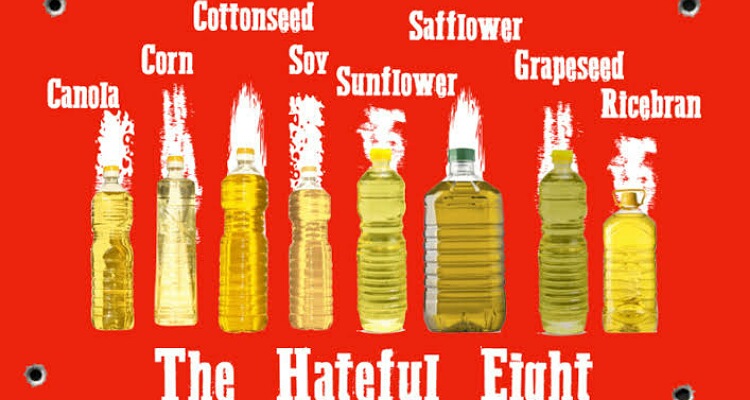 There is a growing protest against seed oils. Social media influencer Brian “Liver King” Johnson claims that all seed oils are harmful and destructive for human health. This is the latest diet trend against these oils.

Seed oils and the voice against it

Seed oils include oils obtained from seeds of plants. It includes corn, soybean, canola, sunflower, safflower etc. This movement started small in the early 2000s from a fringe fitness forum. That was the time that Paleo diet had gained popularity. This trend sort of died out. But now with increased social media use, it is again doing rounds and going viral on TikTok and other social media platforms.

Joe Rogan’s podcast also mentioned on it. The host labeled consuming grapeseed oil as a crime against nature. People are vilifying these oils from seeds. They are associating them with several diseases such as Alzheimer’s, inflammation, sun burns with no concrete proofs. Dietitians are frustrated reading about this anti-industrial movement.

This anti-seeds oils movement is one of those conspiracy theories that believes that corporate culture and interests is harming and killing people. They think that the root cause of rise in physical ailments is the industrialization and processing of foods.

In fact, seed oils are good. Doctors and nutritionists recommend it as a healthy substitute for saturated fats containing foods such as butter and ghee. Vegetable oil from seeds have more of polyunsaturated fatty acids and no cholesterol. But antagonists are not convinced and think otherwise. They strongly feel that medical fraternity is also with the corporate world.

The industrialists are tapping on this opportunity. They understand that there is a growing market for seed free oils. And to meet this new demand, they are introducing new oils lacking this feature. They are trying to cater to these influencers on social media and those people who want things without corporate interest in it. These yearn for a lifestyle that remains away from the money making business people.

It was author and athlete Mark Sisson who in 2009 wrote in his book The Primal Blueprint that vegetable oils are poisonous for humans. He had a number of followers including Twitter founder Jack Dorsey, actor and podcast owner Matthew McConaughey, and also the former Florida Governor Jeb Bush.

Mark in 2015 founded The Primal Nutrition that provided seed free options such as ranch dressing, mayonnaise, abd buffalo sauce. These all were manufactured with avocado oil. The market for the products is rising. Kraft Heinz took over the company and is doing profits now. Beef tallow is another alternative these anti-seed oil people are using. But these replacements are against scientific data and unhealthy. Dr. Danielle Belardo, preventative cardiologist laments that evidence based medicine fails to make headlines or go viral like TikTok anecdotes. She adds:

“If someone’s making recommendations that go against expert scientific consensus, there’s usually an ulterior motive there,”

Lay people get info from social media platforms and this is not right. They do not want to look further or have logical answers. That causes such wrong food trends such as seed oil free lifestyle.

Did Ashton Meem Remarry After Divorce From Russell Wilson?
Who is Eliza Hutton? Net Worth, Partner, Biography