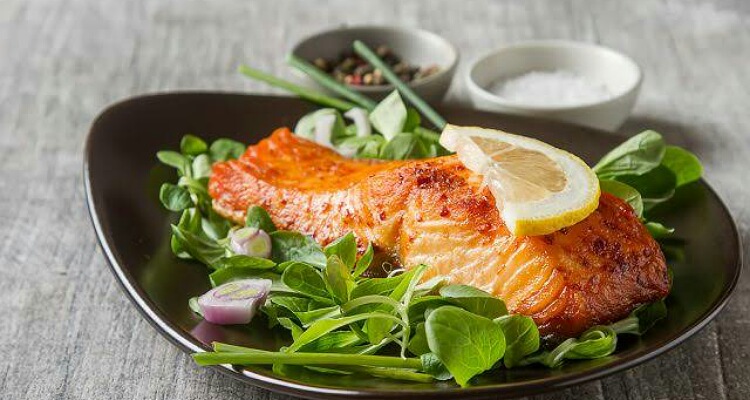 Actor Tom Cruise is a talented star. Since the day he did Top Gun in 1986, he seems to be looking the same; young. He is 59 now and still does all the stunts in his movies himself.

Recently, he was with Prince William and Kate Middleton on the red carpet for his to-be-released film Top Gun: Maverick. And he was looking more handsome than ever.

He has some strict eating habits. Know the secrets of his young and fit body below.

Tom Cruise and his healthy diet and eating habits

American actor Tom Cruise, 59 is young and fit. He has barely aged. The reason is that he has a rigorous diet schedule. And what does Tom have in a day?

In his diet, he has a lot of anti-inflammatory foods such as broccoli, spinach, olive oil, tomatoes, blueberries, beets, ginger, raw oats, dark chocolate, and salmon.

Additionally, Tom avoids carbs in his food. He does not take pasta. He is on 1200 calories diet daily that excludes carbs. Dr. Paul Clayton, a nutrition scientist reveals:

“carbs can speed up aging by creating insulin, an aging hormone.”

Preferably avoid high glycemic index carbs such as cereals, bagels, pretzels, and pasta. But before, Tom used to have carbs. He had shared this recipe of Spaghetti carbonara and called himself the King of Carbonara.

Tom likes to have some snacks in between his major meals of the day. But he takes only healthy snacks. He avoids fried snacks. His snack choices are nuts and freeze-dried organic blueberries.

Tom’s chefs had prepared some lovely healthy snacks for the entire crew when they were filming for ‘Mission: Impossible: Rogue Nation. His costar in the film, Simon Pegg revealed:

“His chefs would prepare “these lovely little dates filled with peanut butter and sprinkled with coconut for snacks, and these little balls of truffle that were great.”

And Tom has no sugar. Reports state that eating sugar can damage your skin and cause inflammation. It speeds up the aging process.

But though he takes no sugar, as gifts he does send sugary items to his friends. On the Late Late Show with James Corden, Tom once said:

“I love sugar, but I can’t eat it because when I’m training, I’m doing all these movies—so I send it to everyone,”

“I wait for the calls…Like, tell me about it.”

Tom and his power and influence

The actor is a powerful figure. He follows the science of Scientology. In 2006, Premiere ranked Tom at number 13 on their Power List. He was the top-ranked actor.

And Forbes in the same year added his name to their list of the most powerful celebrity. Cinemascore founder, Ed Mintz said this about Tom and Leonardo DiCaprio:

“two stars, it doesn’t matter how bad the film is, they can pull [the box office] up.”

And Japan has allotted a day of the year to Tom Cruise. 10 October is labeled as Tom Cruise day in Japan because of his great love and close association with Japan.

Also, read Ko Hsiao-tung, a Taiwanese dietitian who reminds people to limit zongzi intake to only one at a time!

He has his bit of enemies as well surrounding him. Several people have called him gay. But he sued them and won the cases.