TV chef, Jeremy Pang on proper use of wok in stir-frying!

Home /Healthy Eating/TV chef, Jeremy Pang on proper use of wok in stir-frying! 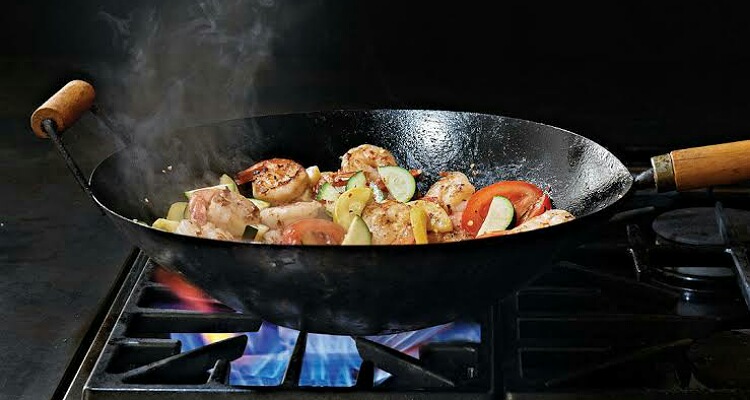 People are generally fond of food. Many like cooking at home and hunt for new recipes to try out. Utensils are an important part of cooking.

The cook should know on how to use it well. In Asian cuisine, a wok is a basic utensil that is used often in the kitchen. TV chef Jeremy Pang feels that many workers in the kitchen are unaware of its proper use.

Jeremy Pang on the humble wok

The Chinese-British chef, Jeremy Pang is a common face on TV. He is owner of the School of Wok situated in London in Chandos Place. He appears on TV show Saturday Kitchen and Ready Steady Cook.

Jeremy believes that though wok is such a common utensil in the kitchen, not many people know how to use it properly. He said:

“The mass market mindset on Asian cuisine is definitely more educated today than it was 10 years ago, but the basic knowledge of what a wok is and how it should be used is still quite low level. [There’s] not enough in-depth education around this primary bit of equipment that over a billion people use in China.”

Jeremy feels that it is a great sin to start to stir fry in a wok without proper preparation. His concept for it is ‘wok clock’.

This means to pre-measure and chop the ingredients required and place them on a plate in the order you would add them to the wok-at position 12 o’clock, 1 o’clock, 2 o’clock, etc. After that you should start to cook. Jeremy explains:

“Suddenly, cooking becomes a lot more enjoyable and a lot simpler – and should be a lot quicker.”

Jeremy feels that stir fry is quick but not easy. It has a whole lot of intricacies in it which one should know and study in depth before doing it.

“You need to get used to high heat!”

“One of my catchphrases is never lose your sizzle – if you don’t hear something sizzling, especially stir-frying, then you’re not stir-frying – you’re stir-boiling.”

Talking of the different ways of cooling a wok, Jeremy elaborated:

“Number one is stirring, number two is folding your ingredients around the wok, the third one is a wok toss (essentially like flipping a pancake – push forward, and a quick flick back) and the fourth, which a lot of people laugh at, is what I call tongue in the head (basically like making an omelette, stirring with your spoon hand and shaking with your left hand).”

The wok cools down with adding of new ingredients. He revealed:

“If you wait for 30 seconds between adding each ingredient, then each time, it’s more likely to have brought up the heat in the wok again,”

“That 30-second wait makes a massive difference to the finish of the stir-fry.”

“If you understand your wok hei – how to make air circulate around the wok – then you are a good wok chef.”