Wildlife charity WWF and its suggestions for sustainable and futureproof foods 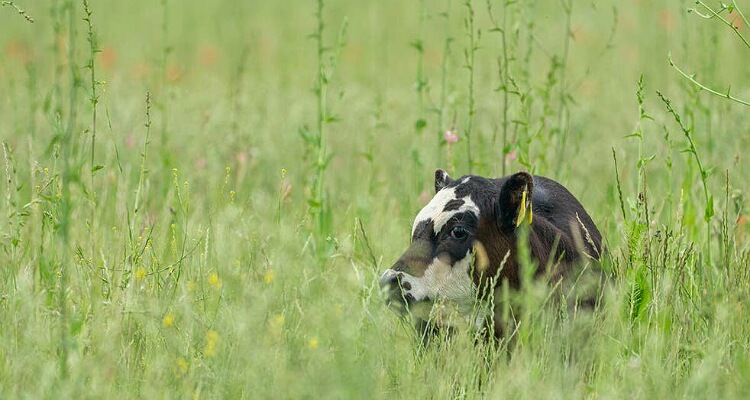 Food security is a major concern in the world. The sources of food are at risk and dwindling rapidly. They may not be adequate to feed the coming generation.

And now there are some disturbing and shocking facts related to it coming from the UK. A wildlife charity WWF has revealed that nearly 40% of the arable land in the UK goes for growing crops to feed livestock.

Wildlife charity WWF and its revelation

The food supplies in the world are dwindling. Additionally, food production is causing damage to the environment and climate of this planet. This is harmful in the long run.

Food security could become a major problem in the not-far future. Hunger and malnutrition would rise and would become difficult to control.

And now the wildlife charity WWF has come forth with some shocking news. It is disturbing to learn that two-fifths of the fertile land in the UK goes to growing cereal crops to feed livestock and only 3/5 is reserved to produce plant products for human consumption.

This implies that nearly 2 million hectares of land in the UK are for food for animals. Moreover, the process to make food for farm animals is inherently inefficient.

Nearly 50% of the wheat harvest is used to feed chickens and pigs. This would have produced nearly 11 million loaves of bread.

The UK and its import

Besides using two-fifths of its land for feed production, the UK also imports large amounts of soy to feed its pigs and poultry. This equals 850000 hectares of land abroad.

And this land has come after the destruction of the natural habitats of jaguars, giant anteaters, and armadillos in Brazil’s Cerrado area.

WWF has revealed that 85% of farmland in the UK goes for grazing animals or growing crops to feed them. But in return, it only provides less than half of the population’s protein intake.

Additionally, eggs, meat, milk, and milk products give only 33% of the calories to an individual in the UK. This is a highly inefficient way to feed the growing population.

Instead, WWF feels that one can free this land and use it for growing crops for humans. The animal can be fed alternative foods such as insects and food waste rather than growing special soy and cereals for them.

Other suggestions of WWF

The organization feels that one can incorporate slower-growing poultry into a pasture-based system. In this way, the poultry can procure natural foods such as nuts, berries, foraged vegetation, insects, and slugs.

The charity suggests that the farm animals such as cows and sheep in the UK can be shifted to and become part of the wildlife-friendly farming system.

They can take up those lands for grazing that is not useful for growing crops for humans. And their manure could be employed as a natural fertilizer to increase the fertility of some areas and make them arable.

WWF also urges people to cut down on meat consumption and opt for more plant-based foods. As regards meat, they should opt for meat that is gentle on animals as well as the planet.

Humans should look at insects and seaweeds as alternatives for nutrition. Kate Norgrove, executive director at WWF states:

“With food prices soaring, we can’t afford to stay locked into a food system that’s not fit for purpose.”

“Far too much of the food we eat is produced in ways that are fuelling the climate crisis and driving catastrophic nature loss, yet failing to deliver affordable, healthy food for all.”

Also, read 7 sustainable innovations to feed the increasing population of this world!

She stressed sustainable foods and urged the UK government to go for plans to ensure futureproofing our foods without further damaging the environment.

Who is Dylan Is In Trouble? Family, Partner, Biography
What are blue foods? Their health and planet benefits!