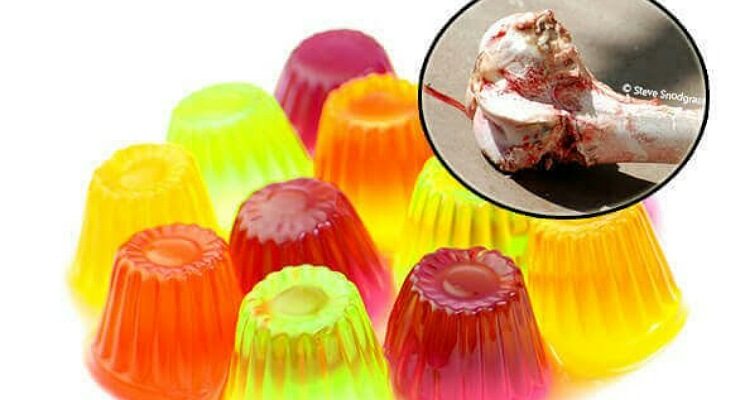 Gelatin is used in foods, cosmetics, and medicines. But it is an animal product. What are its uses? Does it have any health benefits?

Are there any reported problems with the consumption of animal gelatin?

Gelatin is an animal product. It comes from the bones, cartilage, intestine, and skin of cows and fish. It is a common gelling and thickening agent.

During the manufacturing process, the machines extract the protein collagen from the bones, cartilage, and such tissues of animals. This gets converted into a colorless and flavorless jelly-like substance called gelatin.

Therefore, gelatin is neither vegetarian nor vegan. Vegan forms of substitutes are now made from a seaweed called agar. It has another name, China grass. Pectin from the skins of fruits and vegetables can also thicken foods and it is vegan.

This gelatinous substance is free of gluten. But it is a high-protein item. 100 g of this substance has 85 grams of protein. It has several amino acids in its structure.

This varies according to the source and type of processing. But the most plentiful amino acids in this protein are glycine and proline.

These amino acids can enter the body and be used in the synthesis of collagen in the body. Therefore they can strengthen bones and muscles and connective tissue in the body.

The amino acid sequence of animal gelatin is not much different from collagen. Pectin has a similar gelling effect but it is high in carbs and low in proteins. And agar can also gel food dishes but it lacks any nutritional value.

This animal gelatin is high in protein. Hence consuming it can add protein to the diet. In 2017, there was a study that revealed that gelatin with vitamin C can assist in the repair of broken muscles and tissues in athletes.

However, this study investigated the role of supplements of this protein in athletes and not the dietary intake of it. Additionally, gelatin is a must for healthy skin. Collagen keeps the skin elastic and prevents wrinkles.

In 2016, researchers found the advantage of collagen in those who took it. Their skin was more firm and tight with less wrinkling. But no studies on gelatin per se were done.

Gelatin has glutamic acid. This converts into glutamine in the body. This helps in the promotion of a healthy mucosal lining of the gut and assists the digestive process.

Similarly, gelatin has glycine that helps in blood sugar control in diabetics. Its lysine is good for bone and muscle strength. Animal studies revealed that gelatin can help increase bone density.

Its high glycine improves sleep. But one does not recommend it to improve sleep quality. The substance also positively affects hair growth and weight loss.