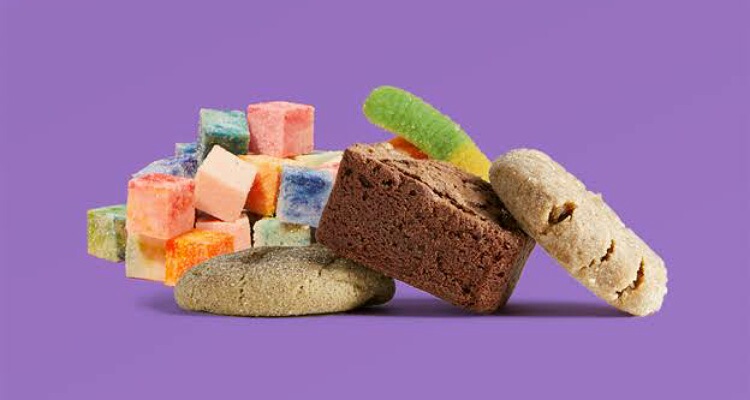 Great Britain has strict rules in place about use of cannabis in the country. It is illegal to possess, use, or sell this drug in the UK.

But now, cannabis-laced edibles are sold online on social media. This is concerning and needs appropriate action. Cannabis edibles can ruin the person’s life and body.

Cannabis edibles on sale online in the UK

Smugglers and drug peddlers find a way to make easy money at the cost of others. And the online approach has made it possible for them to reach people by just the click of a mouse.

Multiple police forces have found out that there is an illegal sale of cannabis edibles going on online in the UK. These are on sale on popular social networking sites such as Facebook Marketplace, TikTok, and Snapchat.

It is not clear how many have got dragged into this bad habit due to the online sales. Also, the police are not sure since when this is going on secretly.

Where these drugged edibles are produced or who produces them is uncertain. The police has issued a warning about it.

The drug cannabis contains the substance called tetrahydrocannabinol (THC). This is addictive. The edibles into which this is inserted include edible food products but mainly jelly sweets.

As per the European food law, no levels of THC in food is allowed. Even traces of this substance in foods is considered illegal.

Earlier, the Food Safety Authority of Ireland (FSAI) had requested people to show extra vigilance and see to it that children do not consume these edibles containing cannabis.

In Ireland itself, 6 children had taken ill after taking these edibles in 2021. All were under 10 years of age. There were also reports of young people talking ill in the UK after consuming these edibles.

At the board meeting of Food Standards Scotland (FSS) last year, FSS and Police Scotland and Public Health Scotland had raised concerns about organized crimes dealing with food.

They were highly worried about the production and sales of these products online in the UK. Paul Tossell of FSS feels that police should take action:

“If a product, intended for consumption, contains a controlled substance then it could be a narcotic and as such would not be considered a food, so should be referred to the police,”

THC is a controlled substance under the Misuse of Drugs Act, while cannabidiol (CBD) is not.

Effect of cannabis on body

Read here Bananas and milk: the good, the bad, and the ugly!

Cannabis in edibles are in swallowed form. They take longer to act and can cause an overdose. Officials reveal that edibles of cannabis are stronger than other cannabis products.

The effects on the consumer of such edible products include nausea, dry mouth, hallucinations, respiratory problems, and anxiety. Julie Barratt, President of The Chartered Institute of Environmental Health (CIEH) feels:

“Cannabis sweets will clearly appeal to children, but we don’t know how much cannabis is in the sweets, what its purity is and what ‘dose’ is safe and what is not. Those people who want to buy cannabis sweets knowing what they are will do so, but there is a real risk that children will eat them thinking they are simply sweets or that they may be given to people who do not know that they contain cannabis, and who would not want to eat them if they were properly informed.”

“If there is a market for cannabis sweets and they are a lawful product we cannot object to them being made and sold, but they should be made in a properly regulated and controlled, environment and be subject to the same safeguards as any other food product. Unfortunately so far as sale of foodstuff on the internet is concerned the legislation is having to run to keep up, and enforcement is always a step behind legislation.”

How to make Seafood Salad? (Light, Refreshing, and Delicious)
The human being diet of Petronella Ravenshear!