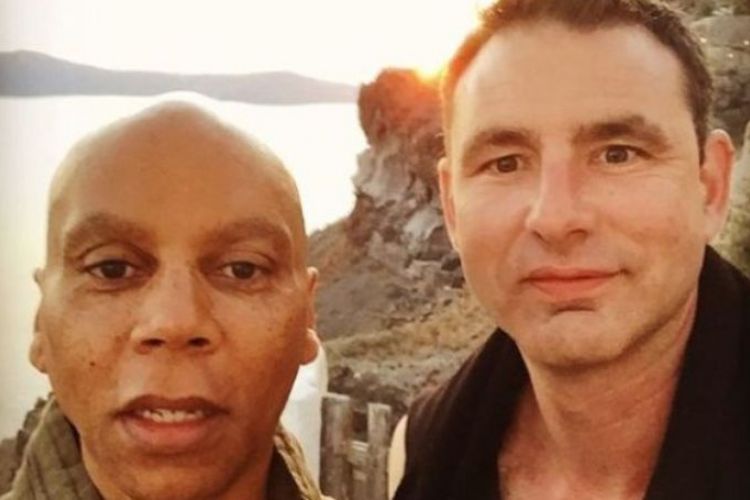 Australian rancher Georges LeBar is well-known for being the partner of drag queen RuPaul. Before getting married, the couple first had a long-term romance.

Georges LeBar, the husband of RuPaul, was born and raised in Australia. He did, however, immigrate to the US when he was young and has resided here ever since. Furthermore, not many of us are aware of many facets of Lebar’s existence.

On January 24, 1973, Georges was born in Australia. Most of his life was spent in Perth, West Australia. He has English origin and is of Caucasian ethnicity. His ancestors hail from Wyoming in the US.

He is Paul Lester “Barney” LeBar’s son. Georges’ father, sadly, passed away at the comparatively young age of 40. At this time, there is no information known about his mother or siblings.

George and Georgene LeBar, both of his grandparents, were natives of Douglas, Wyoming. His grandpa was a well-known rancher with property in Wyoming, South Dakota, Nebraska, and other states. Georges received many thousand acres of Wyoming land as an inheritance following the terrible passing of his grandparents.

He completed his studies by earning a diploma from a neighborhood high school in Perth, Western Australia.

Georges LeBar, RuPaul’s Husband, is a Rancher And an Artist

Georges does not work in show business, unlike his husband RuPaul. While Georges is a multi-talented person, his partner is a well-known drag queen who has been in various TV series.

He is an artist at first. In New York, Paris, and Miami, he pursued a fashion and design education. Additionally, he has a website where he has posted some of his works. Lebar also used to post pictures of his marriage on his Facebook page.

Lebar is not only a talented artist, but he also received a sizable inheritance from his grandparents. He naturally became a rancher, much like his grandfather. He owns a large 66,000-acre ranch in Douglas, Wyoming, among other ranches throughout the nation. The land on this site is divided into seven separate sections.

According to Reports, Georges LeBar Has Leased his Ranch to Oil Companies

Early in 2020, RuPaul made news when he discussed land management during an interview with Terry Gross of NPR’s Fresh Air. Terry questioned him, “Do you have, like, horses or cattle or a farm or…?” a reference to Georges and RuPaul’s enormous ranch in Wyoming.

“A modern ranch, a 21st-century ranch, is land management,” said RuPaul in response. You rent oil corporations the mineral rights. And you provide water to the oil industry. And after that, you rent out the grazing rights to various ranchers. Land management, then. Yeah.”

Climate activists in the nation criticized him for establishing a fracking empire and doing it in the dry state of Wyoming after hearing this remark. For those of you who don’t know what fracking is, it’s a procedure in which high-pressure liquid is injected into underground rocks. This procedure cracks open the rocks that are releasing gas or oil.

Now, many of you may be wondering why all the fuss was made over fracking. Due to the process’ alarming rate of methane leakage, the environment is relatively harmed by it. And among those gases, methane contributes to the greenhouse effect in a way that is 84 times more destructive than carbon.

In addition, Anadarko E&P Onshore, Chesapeake Operating, and Anschutz Oil Company are said to be among the at least three corporations that Georges purportedly leased the property.

Relationship between Georges LeBar and RuPaul: His Height Sold RuPaul

The well-known couple has been dating for several decades. Since the mid-1990s, they have been dating. The two initially ran into one other in 1994 at the Limelight Disco on 21st Street and 6th Avenue. Lebar was celebrating his 21st birthday at the moment, while RuPaul was simply hanging out at the disco.

As we all know, RuPaul is a towering 6 feet 4 inches tall. RuPaul seldom ever wraps his arms around someone taller than him due to his height. He was overjoyed to see Georges, who towers over everyone at 6 feet 8 inches.

But hold on, he wasn’t just tall; he was also seductively attractive. They had a good dancing night at the disco after staring at one another. They got along really well right away.

The Secret to Their Sustained Friendship

The information about the secret to their enduring connection may surprise many of you. See, RuPaul and Georges don’t follow the conventional unspoken laws. Since they are in an open relationship, neither of them puts the other off. The Queen of Drag herself has this to say:

“I’m fine if [LeBar] needs to do something else somewhere else.”

RuPaul explained that the most crucial pillar of their love is trust in an interview with The Guardian. He thinks there won’t be any restrictions as long as they feel the same degree of love. He declared,

“He and I are aware that, out of all the billions of individuals on this planet, he is the one I like the best out of all of them. And I am aware that he loves me more than anyone else on earth. There is no doubt in my mind about that; I know it.

Folks, trust is the main tenet on which their relationship is built. It all comes down to letting your partner do what they please. Any constraint is, always has been, and always will be the demise of any relationship.

On their 23rd Anniversary, Georges LeBar and His Boyfriend Renewed their Vows

On the day they first met, 23 years ago, Georges and RuPaul made the most sentimental decision to get married in January 2017. Even though the couple wed in January, RuPaul didn’t reveal the exciting news until March 2017.

The TV personality withheld all additional information save this. Regardless, given the personalities of RuPaul and Georges, we can marry certain that the ceremony was intimate and cozy.

How to have Halloween treats without bad effects on health?
Did Ashton Meem Remarry After Divorce From Russell Wilson?