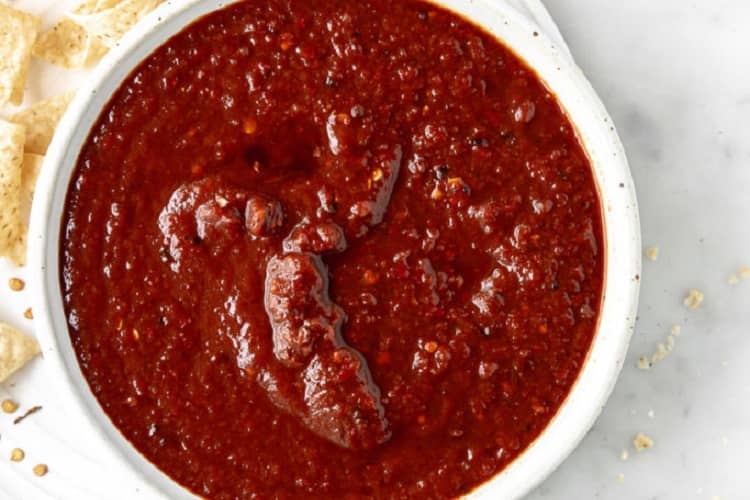 During this time of year, when tomatoes aren’t in season, dried chile salsa has turned out to be my go-to salsa or sauce.

The other day, I uploaded this alongside the recipe for black bean soup; however, I wanted to elaborate and explain the exact procedures involved.

Due in large part to the fact that I’ve been watching numerous episodes of Rick Bayless’s Mexico One Plate at a Time, I now realize that dried chiles are actually rather simple to deal with, despite the fact that I’ve always found them to be a little bit intimidating.

Rick made it seem effortless, and in all honesty, it is. So here goes:

This is not the kind of “salsa” that you want to necessarily use to dip tortilla chips in… It does not have a particularly hot spice level, but the flavor is really robust.

It is not intended to be used as a dip but rather as something that is applied to other foods. You just need a small amount because it goes a long way, and it would be an excellent condiment to add to (for instance) some of the following meals: