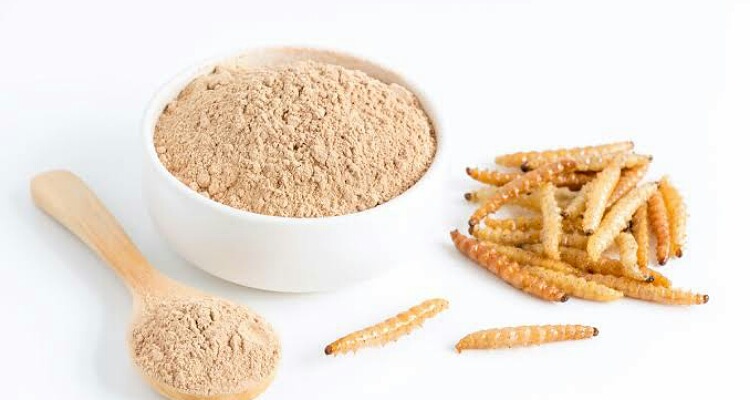 Insects such as crickets, grasshoppers, and mealworms are rich sources of alternative protein. They are nutritious with a lower carbon footprint compared to meat.

Scientists want people to switch from meat-eating to insect-eating. Hence students of four primary schools in Wales were offered insects to taste and eat.

Environmental scientists and nutrition experts are for a gradual switch over from meat to insects for proteins. Insects have high protein and other micronutrients and are also climate-friendly.

They have a tiny carbon footprint and hence are sustainable. Many omnivores and non-vegan vegetarians are willing to do this switch. But there is still a significant amount of hesitancy and skepticism there.

Therefore there was a plan in Wales to get the new generation into the habit of eating insects. This would also help to persuade their parents to do this changeover from meat to insects.

To achieve this, students of 4 primary schools situated in Wales were offered insects to taste and eat. This was by informed consent and not by force.

Researchers wanted to know the kids’ appetite for this alternative protein form.

The feedback would help the researchers to invent better methods to urge children and their parents to make healthy and eco-friendly choices about their foods.

How the plan went ahead?

There were surveys, workshops, interviews, and focus groups. These aimed to understand the likes and dislikes of kids as regards this new food source of protein. Teachers were a part of the research team.

They wanted to know how many kids in the age group of 5 to 11 years were willing to taste edible insects. Christopher Bear, of Cardiff University, said:

“We want the children to think about alternative proteins as real things for now, rather than just as foods for the future, so trying some of these foods is central to the research,”

“Although edible insects are – for now – not sold widely in the UK, they form part of the diet of around 2 billion people worldwide. Much of this is in parts of the world where they are part of long-standing culinary traditions. And they are increasingly popular elsewhere,”

The researchers stress that they will not be forcing children to eat insects. There was informed parental written consent taken before this study.

Children willing to insect-eating were given a variety of alternative protein forms to try. These would be plant-based as well as safe ones from the insect world. The product VeXo is from both plant and insect sources.

Entomophagy in the world

In 2019, around 9 million people in Europe were consuming or had tasted insects.

The charity dealing with insect production, the International Platform of Insects for Food and Feed (IPIFF), the insect production charity states that this figure would increase to 390 million in 2030.

United Nations is also promoting insects as an alternative protein source due to their benefits of it on health and the environment. This would also help overcome food shortages and ensure food security.

“There is an important connection between our local community, food production and wider global issues surrounding sustainable development.”

“These issues are important to children, but also difficult to make sense of and can often be confusing for them,”

Verity Jones, of the University of the West of England in Bristol, feels that kids can effectively persuade their parents to change their behavior on insect eating and accept it. Verity said:

“Many children have the power of pester, so in some cases can be great agents of dietary change within the family,”

“Everyone eats insects everyday – there’s over 30 parts of bugs in every 100g of chocolate … bread, fruit juices, hops … you name it, you’re eating insects,”

“And I have found that, once children know that insects are already, by the very nature of processing, in many of the foods we eat; and are assured that they won’t become ill from eating them, they are very open to trying,”

Children and people might accept ground insects but not the whole ones. Prior knowledge increases the acceptability