Kate Moss and her 80:20 eating and balanced diet

Home /Healthy Eating/Kate Moss and her 80:20 eating and balanced diet 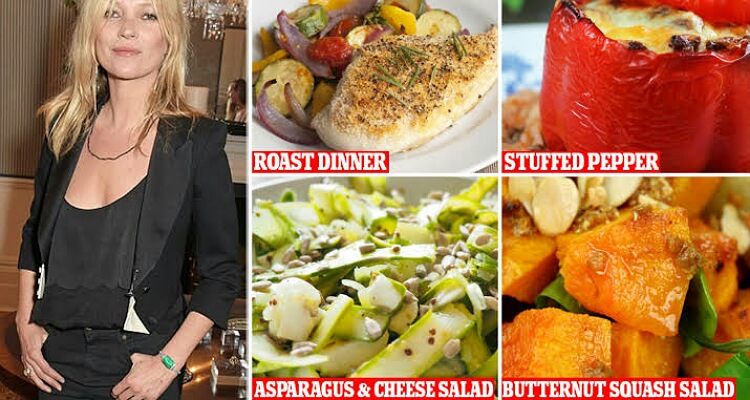 British model, Kate Moss is a busy woman. She needs energy for her hectic schedule and has to eat enough for it.

Additionally, she needs healthy food to retain her beauty and glow in her skin. Kate revealed that she follows an 80:20 diet!

British model, Kate Moss used to advocate skinniness earlier. Once, she had said:

“Nothing tastes as good as skinny feels.”

Later, talking of it, she said:

“When I was young I was so low maintenance I didn’t have to worry. Not what I ate, not about anything really,”

But now at 48, she stresses about eating healthy meals. This helps her great looks as well as her body and work. She also goes to the gym. Over the years her food habits have changed.

Earlier, she used to say that one has to eat to survive. But now her focus is on the quality of food intake. Speaking to The Guardian, she revealed:

“I really enjoy food, proper food, but I do try to eat more healthily than I used to,”

“My skin looks better when I eat well, too. Obviously, if you eat all that grease, skin just doesn’t look as healthy.”

Kate insists on having an 80:20 diet daily. What is the 80:20 diet? It implies that she has a nutritious and balanced diet 80% of the time. But for the remaining 20% of the time, she indulges and satisfies her food cravings.

Often, celebrities avoid eating bananas because it is rich in calories and supposed to fatten. But this is not so in the case of Kate. She eats bananas often and feels that it helps her lose weight.

She uses bananas in her breakfast smoothies. This fruit is loaded with fiber. And hence it keeps her stomach full for a longer time.

Every morning she also takes green juice that is full of vitamins. She supplements this with an anti-aging substance. She told The Guardian:

“I’ve really noticed an improvement since I’ve been more ‘on it’ with food – like eating salads and all that stuff – I never used to really eat salads,”

Kate loves salads. It makes her feel full and also is nutritious. The components she uses in her salad-making are cheese, chicken, fresh vegetables, and greens.

They are also low-calorie foods and therefore healthy. At breakfast, she also. prefers eggs. They are loaded with proteins and healthy fats. She spoke to The Guardian and said:

“I do good breakfasts – eggs are my forte,“

And her meals are balanced containing the right amounts of carbs, proteins, fats, vitamins, and minerals.

Kate and her career

Also, read here Queen Letizia of Spain: the secret of her youthful look at 49 years!

Kate started her modeling career young. It was in 1988 when Sarah Doukas, founder of Storm Management, noticed her at JFK Airport in New York, after her holidays in The Bahamas.

Later, she appeared in the ad for Levi’s for girls. She gained fame and soon became a supermodel in the industry. In 1996, she did a campaign with Calvin Klein.

Her size was zero and many spoke against this trend. Kate said:

“It was just the time. It was a swing from more buxom girls like Cindy Crawford and people were shocked to see what they called a ‘waif’. What can you say? How many times can you say ‘I’m not anorexic’?”