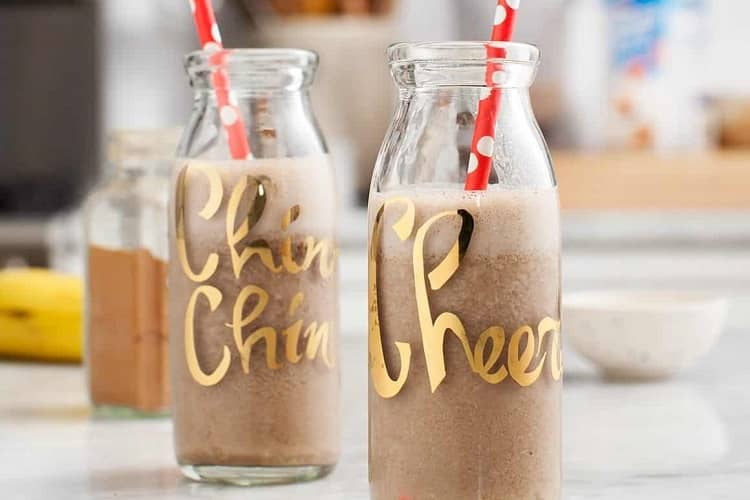 Blog,Breakfast,Healthy Eating |
- Rate us if you are a Food Lover (Sugarzam.com)

This smoothie with vegan cinnamon coffee makes a delicious and nutritious breakfast or snack. It’s creamy, filling, and tasty since it’s made with dates and almond butter.

I had originally intended to share a recipe for cinnamon rolls for this post to bring back all of my warm and comforting Christmas morning memories.

I didn’t finish it. Making a cinnamon roll smoothie, which has all the benefits of cinnamon rolls but in a healthier form, was the backup plan.

Then again, who am I kidding? I thought. Instead, I’m sharing this delicious coffee smoothie that we’ve been making all week and enjoying since a cinnamon smoothie will never be a cinnamon roll.

You won’t feel like you’ve overindulged in carbohydrates or sweets because it is creamy and filling. You’ll have more energy to unwrap presents thanks to it, and you’ll feel better about enjoying a beverage and a few sweets later on in the day.

You won’t believe this vegan recipe for a coffee smoothie until you give it a try. It is velvety & intensely delicious without any dairy thanks to a few essential ingredients:

This cinnamon coffee smoothie, which is made with dates and almond butter, is a delicious and nutritious breakfast or snack. both gluten-free and vegan!

How to make Sautéed Kale? (Delicious, Perfect as a Side Dish)
How to make Parsnip Puree? (Rich, Nutty and Delicious)