Voices against dog eating practice in South Korea get stronger! Is it healthy?

Home /Healthy Eating/Voices against dog eating practice in South Korea get stronger! Is it healthy? 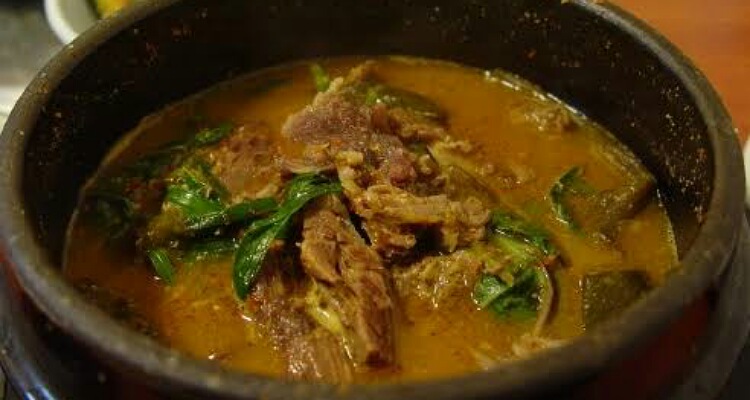 Dogs are consumed in the Far East. Their meat is relished in South Korea. But the country’s First Lady Kim Keon-hee is against this habit and culture.

She spoke up against this dog eating recently.

The First Lady of South Korea, Kim Keon-hee is an animal lover. She rescues abandoned dogs.

She herself has adopted four dogs and three cats and is taking care of them along with her husband, President Yoon Suk-yeol. Kim is against the culture of consuming dog meat. She has voiced her concern about it and condemned it.

“I hope the Yoon government will produce concrete results in animal abuse, neglect of abandoned dogs and dog meat issues,”

“Ultimately, not eating dog meat is a form of respect for man’s closest friend and respect for life.”

Kim explained that dogs that are killed for dog meat live in unsanitary conditions. Hence consuming meat of such unhygienic dogs could be harmful.

She has requested the government to take steps and offer some alternative jobs to the people engaged in this gruesome industry.

The topic of dog meat consumption is a very sensitive one in South Korea. Earlier on multiple occasions, the government has attempted to put an end to this outdated custom but failed miserably every time.

There are no accurate data on it. But a 2017 report states that around 1 million dogs are slaughtered each year for meat. There are some who refuse to give up this habit especially during the festival time in summer.

There is a hot and spicy soup made out of the dog meat. It is called bosintang. People who like it claim that it has nutritional benefits. His true is this?

There is a culture in South Korea of having this soup on the hottest days of summer. This trend began many centuries ago. It’s popularity is dwindling lately due to increasing public awareness about animal rights.

Many people are adopting dogs as pets these days. Around 15 million people in that country have pets now. The nuclear families and decreased birth rates have contributed to this pet ownership rise.

Additionally, the Western world has being heavily criticizing this bosintang festival.

Former president Moon Jae-in and former presidential candidate Lee Jae-myung had both raised their voice against dog eating and asked for a ban on it.

But the government has been unsuccessful in bringing about a change despite the fact that 84% of the households do not like eating dogs.

The polling agency R&Search did a survey that showed that 36.3% wanted a ban, 27.5% did not want it, and 36.1% were not sure. Realmeter survey revealed that 70% believed that the choice to eat or not is an individual one.