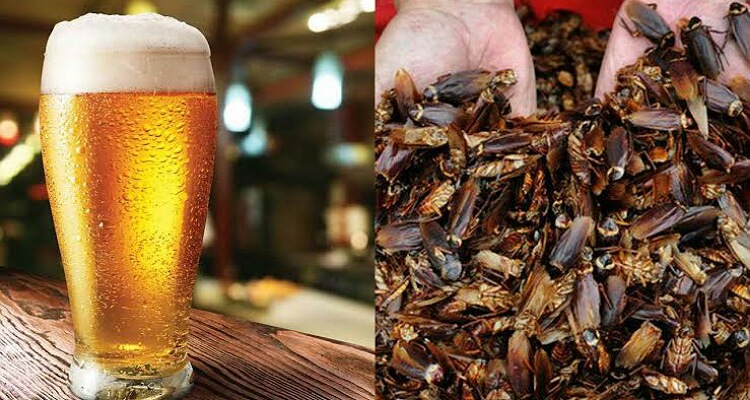 Food technology has made it possible to get the protein and nutritional benefits of insects into an edible form.

There are insect sweets and powders available in the market. And now would you like to try the latest: a drink derived from insects called Insect Sour?

Insect Sour: the cool and refreshing drink from insects

Insect Sour is a new beer drink from insects. It is cool and rejuvenating. It has complex flavors and the Japanese call it Konchu Sour. The insect that goes into the making of this drink is the giant water bug.

This is a species endemic in many parts of far East countries. They are larger than cockroaches and feed on even amphibians including baby turtles and fish.

Online retailer shops such as Bugs Farm which is based in Toda City, Saitama Prefecture, Japan sell it in great numbers.

The preferred bug is the Taiwanese one. It has a sweet and fruity flavor. This flavor is preserved in the drink that contains giant water bug extract in it.

How to consume this drink?

The Japanese online retailer Bugs Farm advises consumers to have this drink with plenty of ice. This might probably hide the taste or cut the 5% alcohol content.

But the drink, many say, is great and a new drink to pair with meals. The water bugs are boiled in steaming water and the resulting juice is used in this drink.

The drink made from Taiwanese male cockroaches is considered the best. Besides putting in drinks, these bugs are also part of food in Japan and are used for seasonings in soups and stews.

The consumers of the drink made from Taiwanese male cockroaches go to the extent to say that they can smell the male pheromones in the drink.

The drink undergoes a special traditional distillation process called kabutokama in Japan. One can order this bottle online and a 250 ml drink costs 638 yen. This is around 4 to 5 US dollars.

People are increasingly accepting insects as food sources for protein and good fats. But there are still many who prefer to not take that way of procuring healthy and climate-friendly food.

Therefore, to increase marketing many companies are trying religious marketing tactics. The Israel-based company, Hargol has turned to the Bible for increasing its sales.

The mention of insects as foods is there in two places in the Bible. On one occasion, Matthew 3:4 mentions John the Baptist’s healthy diet as being of “locust and wild honey…”.

The company adds that if you want to consume food like your Biblical forefathers you can take a jar full of locusts for consumption. They are safe.

Then there are palatable gummy bears too for those who are uncomfortable with whole insects. The company founder states:

“The biggest challenge is to get the West to relate to locusts as a consumable, and to supply it in a familiar, beloved and tasty way,”

How to make Okonomiyaki? (Easy, Healthy, Delicious)
How to make Bagel at home? (Easy to make, Delicious, Chewy)