Why are desserts reserved for the end of meals?

Home /Healthy Eating/Why are desserts reserved for the end of meals? 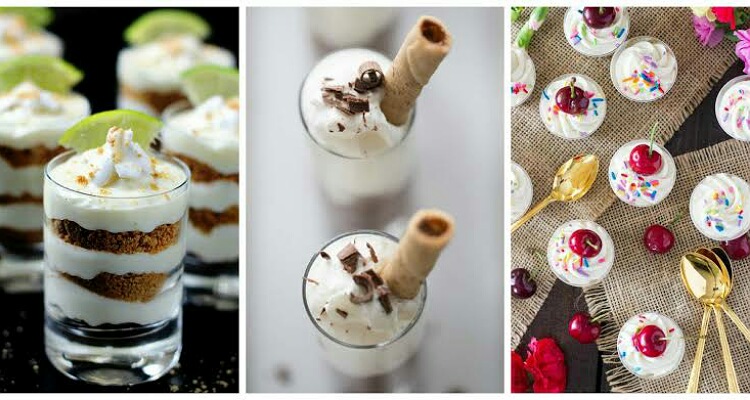 Desserts are sweet food dishes that one consumes at the end of the meal. But why are they consumed at the end of meals? What are its advantages and disadvantages?

Desserts are sweet foods that we eat at the end of meals after the table is cleared of the main course food. It concludes a meal and is the last course of the meal.

In Europe, North America, and some parts of Asia, people have it. It is a common practice and tradition to end the meal with something sweet. This can be a solid sweet food or a sweet liquid such as dessert wine or liqueur.

The eater looks forward to it. The dish depends on the continent, region, and country. But in many countries of Central and West Africa and most parts of China, desserts are not a norm.

Most of the time, these are consumed at end of the meal. Some do it at the beginning of a meal or in between. They are part of the course-type meals (service à la russe).

This began in the 20th century. But they were not present in the before buffet type of meals (service à la française).

The word comes from the French desservir which meant to clear the table. In England William Vaughan first used this term in his health education manual Natural and artificial Directions for Health.

Culinary historian and food writer, Michael Krondi penned a book in 2011 called Sweet Invention: A History of Dessert. In it, he states that it is called so because it is served after the table is cleared of all the other dishes.

Advantages and reason for sweets at end of meals

The exact reason for having sweets at end of food is unclear. But one reason could be that it is a human urge to eat as many calories as possible.

Food scientist Steven Witherly explains that when we eat too much of the same type of food, our appetite declines.

And when the dessert comes, it tricks the mind to desire more food. Steven has written the book Why Humans Like Junk Food. In it, he writes:

“As we eat the savory course, we rapidly reduce our hunger pangs and become full — the pleasure of the first course has passed (savory and hot). But as we indulge again with a new set of foods (sweet and cold), our appetite re-energizes — and we indulge in the pleasures of eating once again,”

Another logic is that sweets after a satisfying meal help to dilute the contents. Steven explains:

“When you are very hungry, high amounts of concentrated sugar, rapidly digested starches, or fatty acids can be tough to stomach. Fat is a very potent inhibitor of gastric emptying, allowing the sugar(s) in the dessert to pull water from the stomach in an effort to dilute the contents. A Krispy Kreme donut — or worse, an apple fritter — can actually cause gastric distress in some people — but not after a full meal,”

Also, foods are nutritious while dessert is not necessarily so. So keeping it at the end helps us have enough of nutrients before self-indulgence.

Sweet elevates mood and reserve it for the end as an incentive to finish your full main course meal, say some nutritionists of children.

The latter are fussy eaters and keeping sweet for the last aids in them gulping down the foods they do not like for the sweet reward at the end of it.

Eating sweets at end of meals is also a habit more than an actual need. Therefore, there is a psychological as well as a physiological aspect to this tradition.

Do sweets at the beginning of meals help?

Some people prefer to consume sweets before they start a meal. The rationale is that the few portions of dessert before meals help in the absorption of minerals and vitamins in the vegetables of food.

Most sweets contain fats and this prolongs gastric emptying. This makes you feel full with the meal soon. Therefore, you end up eating less food and this is good for weight loss and keeping fit.

Some argue that having dessert first is better because as per a Scandinavian proverb:

“Life is uncertain, so eat your dessert first.”

Some feel that sugary desserts should be eaten first so that the enzymes and digestive juices digest and absorb them well before the food.

But they add that if the dessert is fatty and full of protein such as cheese, then reserve it for the end so that the starchy food is consumed properly and in adequate quantities before you rush for the dessert.