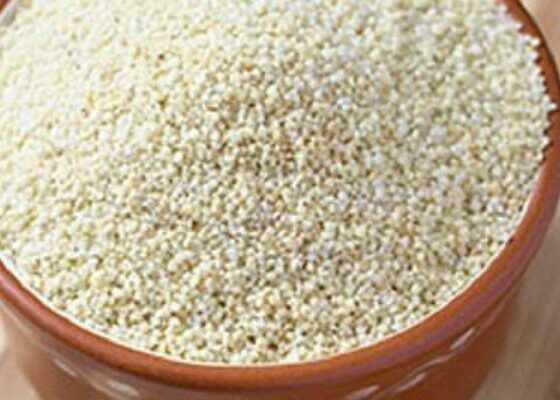 Barnyard millet is not a grain but a seed. It is a natural grass found in Japan, China, Korea and northern India in the state of Uttarakhand. It has less carbs but is more nutritious. What are its health benefits? How much of nutrition does it have?

Barnyard millet is not a grain per se. It is the seed of the grass species Echinochloa esculenta of the family Poaceae. It grows naturally in Japan, Korea, China and some hilly areas of Northern India. It is a staple in the state of Uttarakhand in North India. Humans consume it and it is also a good animal fodder.

The grass does not need specific soil or climate conditions. It can grow easily in lands unsuitable for other grain growths. Also, it can grow well in cool climates. Moreover, it is a fast growing crop. Within 45 days, it starts to bear seeds. Its other names are Japanese barnyard millet or Japanese millet.

It is a pseudo grain but is highly nutritious. It has the potential to assist during times of food scarcity and crisis. It can feed hungry mouths and help in decrease of malnutrition in the world.

This millet can be used in place of rice. It has low amounts of carbs compared to other grains. And the carbs in it are also easily digestible. It has a low glycemic index and hence does not cause rapid or high blood sugar spikes after consumption. This could serve as an ideal rice substitute for diabetic patients.

Moreover, it has fair amount of protein and this also gets digested easily and well. It is rich in dietary fiber. Both soluble and insoluble forms of fiber are present in it. Overall, its calories content is low.

25 grams of raw form of this millet yields just 75 calories. This amount has 1.5 grams proteins which is slightly less than that of rice (7 grams per 100 grams). 68% of it is carbs. It has high fiber, iron, other minerals and vitamins.

It has calories that are lower than that in rice. Its protein is easily digestible. It makes one feel energetic and light after eating. One serving of this food dish can give 2.4 grams of dietary fiber. This bulks the stool and prevents constipation. Moreover, it can boost gut health and lessen body inflammation. The Journal of Food Science and Technology had published an article that stated that it has high (12.6%) dietary fiber. And the soluble fraction is 4.2% while the insoluble fraction is 8.4%.

It’s carb content is low and easily digested. It has a low glycemic index. It has high level of retrogradation of amylase. This leads to forming of higher amounts of resistant starch. This is beneficial to prevent and treat heart diseases and diabetes. In studies, it decreased fasting blood glucose levels in diabetics as well as non-diabetics in a span of a week and improved their carb tolerance.

It is a great alternative to gluten containing grains. It tastes good and is easily cooked.

Some varieties of this millet are high in iron. This is as much as 18.6 mg per 100 grams of the raw millet. Hence, it is a good food option in vegetarians and anemic people.