What is ginger infusion? Preparation, health benefits and side effects! 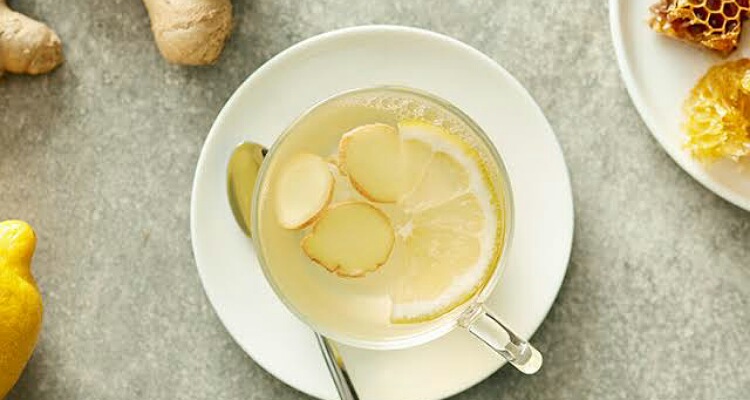 Ginger infusion or concoction or tisane is soothing and refreshing at the same time. It is simple and easy to make and can be used as a home remedy for many ailments. It has several health benefits.

What is a Ginger infusion?

Ginger infusion is an infusion or concoction made by steeping ginger in hot water. It is also called a ginger tisane. But it has no tea leaves in it. There is only ginger and water.

The infusion of ginger in water is a good and warming water drunk during the winter months. You can have it in the morning as well as afternoon time. It is also a refreshing evening sip. This infusion is non-alcoholic and non-caffeinated. It has no calories. Its health benefits are manifold and include:

1. Relieves nausea and stomach upsets: best use of ginger infusion

“Ginger is the most well-studied herb used during pregnancy, and has been proven effective in the treatment of nausea and vomiting. Ginger has been used for centuries to reduce nausea and is the only herb that is almost universally considered safe by conventional standards… and ginger ale or ginger sodas usually don’t have enough actual ginger to be effective.”

There are claims that ginger can slow the aging process and its degenerative inflammatory changes. Though the evidence in support of these claims is limited, it does have antioxidants that hold promise in keeping inflammation in check.

A large-scale study conducted in 2017 revealed that those who drank ginger concoction had lower blood pressure than the control group. It also acts by reduction of stress.

Ginger has anti-inflammatory properties. Hence it can reduce inflammatory pains. It soothes muscles after exercise. Some studies also showed that it can control pain in rheumatoid arthritis and osteoarthritis.

It has immune-boosting power. It also possesses antiviral and antibacterial potential.

6. It can help weight management and blood sugar control in diabetics.

7. It has substances to keep your brain healthy.

8. It has cancer-fighting properties.

It has an astringent action on the throat and reduces phlegm formation and cough.

But drinking too much of it is also harmful. No more than 1000 mg of ginger per day should be consumed. If excess, it can accentuate stomach pain instead of relieving it.

It could cause indigestion and lose of motion. It can cause or aggravate heartburn. Limit it if you are suffering from hyperacidity.

Read more: How to make Ginger tea? (Soothing and Invigorating)

Ginger slows blood clotting. Therefore those who have bleeding disorders, are on anti-clotting drugs, or are going for surgery, should minimize their ginger infusion intake.

Pregnant ladies with a history of miscarriage or vaginal bleeding should avoid ginger. Consult your gynecologist before consumption.